Snickerdoodle Snowmen is a delicious, cozy holiday romance and Sarita Leone has a wonderfully descriptive writing style that brings the scenes alive. You can read my full review on Goodreads. 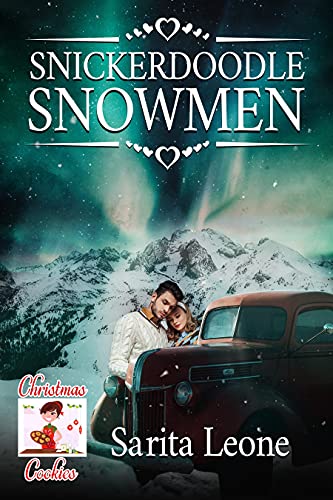 Blurb
Baker Kris Kringles sends snickerdoodles from North Pole, Alaska, across the globe, spreading holiday cheer like confetti. But she has a secret not dusted with sugar, and an incentive to speak with a slick journalist that isn't half-baked.
Reporter Santos Kloss hates Christmas. How could he not, with a name that makes him the butt of endless holiday jokes? He's got one last assignment to complete before he can begin a new chapter in his life, so he grits his teeth, grabs a parka, and heads to Christmas central.
Both expect the interview to be a snap, but a snowstorm, insistent sisters, and a little holiday magic have very different ideas!
Get your copy
Amazon  |  Barnes & Noble 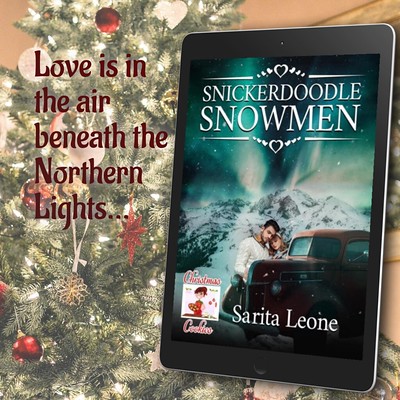 Peek between the pages
“You’re the newspaper man, aren’t you?”

Santos stopped the mug an inch from his lips and looked over the rim into the woman’s eyes. They were green—not merely hazel or a watered-down soda-bottle shade, but vibrantly colored, like the office parrot’s feathers. Polly, the newspaper mascot, looked like a beauty but swore like a sailor, courtesy of the newsmen who got their kicks from teaching the bird to talk. He’d even added some colorful Italian phrases to their feathered friend’s vocabulary.

She stared at him with those piercing eyes so long and hard that his heart began to pound. He wondered if she read right into the truth of him. It sure felt that way. As if despite his nonchalant entrance, small talk, and even observing her figure, she realized he wasn’t some fellow off the street, in for a coffee and cookies. He resisted the urge to pull his jacket closed.

Great. Precisely what he didn’t need. A dame with a brain, a killer attribute that never failed to stir something deep within him.

The stirring hadn’t ever proved deep enough to keep a woman, so he tried to steer clear of romantic involvements. But damn, it felt as if she reached into his soul with those incredible eyes.

Santos lifted his shoulders, then let them drop. He took a long swallow of joe before setting the mug on the counter. “Guilty as charged. I’m from the New York Daily, here to do a story on some cookies that I’m told are made in this shop and sent to crazy, obsessed Christmas fanatics all over the world.”

The minute he said it he realized he’d stuck his foot in his mouth. Pretty far down his throat, too.
There are more Christmas Cookie Romances to choose from, so be sure to stop back often.
Posted by Cherie Colyer at 6:00 AM