Today's book is a match made in the North Pole. 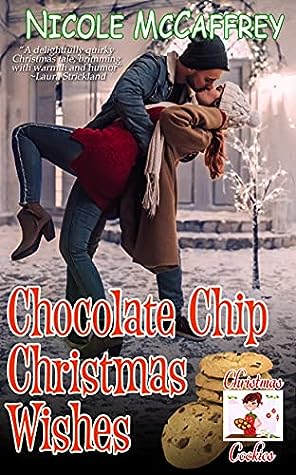 Blurb
Jake Mistletoe is the North Pole's resident bad boy. Half elf, half human, he is the only child of a single mother who just happens to be Santa's head elf. Fed up with his wild, partying ways and lack of direction, his mother sends him to the real world for a dose of reality.
Lucy Prescott is all alone in this world. Since the death of the grandparents who raised her, she has struggled to keep their Christmas novelty shop running in a dated, dying Christmas-themed tourist town.
When Jake appears in town, magic seems to be in the air. For the first time in ages, life holds excitement, and Lucy finds herself wondering … what if?
Grab your copy
Amazon  | Barnes & Noble  |  Goodreads  |  Bookbub 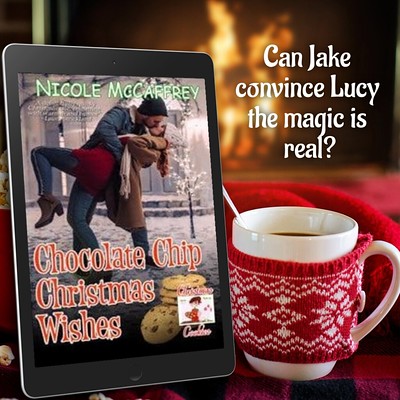 Peek between the pages
She studied him as he sat up. Unconscious, the several days’ growth of stubble and mussed dark hair looked sloppy. But awake, that disheveled look gave him a devil-may-care aura. How had she missed the chiseled jaw line, the dark brows that framed eyes fringed with long, sooty lashes or the fact that he was drop dead gorgeous?

He looked around the room, wiped a hand over his face and turned a slow half circle on the couch, gaping at the racks of holiday ornaments, animated characters, motion-activated novelties and Santa figures that played Christmas tunes.

She cleared her throat to draw his attention. “Good afternoon.”

He yanked the Santa hat from his head and pulled a frown before tossing it aside.

For lack of anything else to say, she chose the standard, cheery greeting used by locals. “Welcome to Christmasville, where it’s Christmas all year long.”

He turned to her with eyes a startling shade of blue. “Let me guess. I died, and this is Hell.”


Stop by again to discover more holiday romances.
Posted by Cherie Colyer at 5:00 AM