Spotlight: Life's Too Short for White Walls by Liz Flaherty 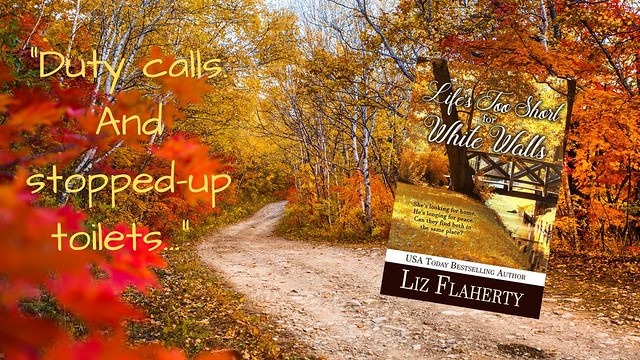 Joss stopped under the canopy of trees that led back to the campground, opening her car window so she could breathe in the scent of early autumn. It was a hard thing for a person as busy as she’d always been to stare the future in the face with no idea what she was going to do with it. She would give herself time to decide, time to take more deep breaths and get over the feeling of dread that seemed to accompany her everywhere. Although she didn’t have enough money to last forever, it would carry her for a while.

She looked up at the trees, noting that the colors of the leaves were already changing and that the air smelled different—it wasn’t just the day’s lack of humidity. It was, she supposed, the scent of things dying, but she wasn’t going to think of it that way. To her, it was going to be all about starting over. Starting new in this beloved place that still felt like home.

A word from the author...

I worry a lot about my stories sounding alike, my heroines being paper-doll-cutouts of each other. I’m afraid I’ve written too many heroes with dimples in their left cheeks. Do I have too many people with crooked grins, one raised eyebrow, or a shrug that somehow defines their personalities?

I hope not, but a few of the things that are the same from book to book are starting over, new beginnings, home, friendships, tenderness. And I’m good with that.

They are there in Life’s Too Short for White Walls, when forty-something Joss Murphy and Ezra McIntire find themselves in the same place, but searching for different things. They know a few things about themselves by now—Joss is determined she will have color wherever she goes and Ez is committed to always being one step ahead of things that are dangerous or hurtful to anyone around him.

There are no white walls on their journey, but danger and emotional landmines make themselves known. And maybe the things they’re searching for aren’t so different. – Liz Flaherty 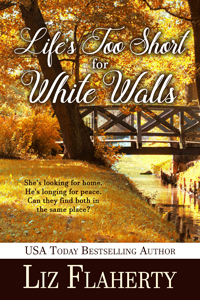 Life's Too Short for White Walls
by Liz Flaherty
Genre: Contemporary Romance
Blurb
Still reeling from her divorce, Joss Murphy flees to Banjo Bend, Kentucky, where she'd been safe and happy as a child. The family farm is now a campground. Weary and discouraged, she talks owner Ezra McIntire into renting her a not-quite-ready cabin.
With PTSD keeping him company, Ez thrives on the seclusion of the campground. The redhead in Cabin Three adds suggestions to his improvement plans, urging color and vibrancy where there was none.
Neither is looking for love, yet the attraction they share is undeniable. Can the comfort of campfires, hayrides, and sweet kisses bring these two lost souls together?
Get it today!
Barnes & Noble  |   Amazon  |  Apple Books
Liz has a Giveaway!
a Rafflecopter giveaway 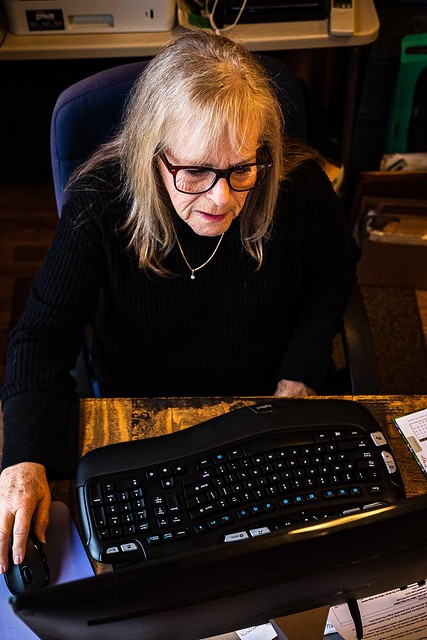 Bio: Liz Flaherty is rather bewildered by where she’s at in life. She doesn’t feel…er…elderly, but the truth is that she is. The Magnificent Seven grands have grown up on her, her own kids are all now older than she is, and her husband Duane has the same firm hold on her heart he’s always had. And it’s all good.