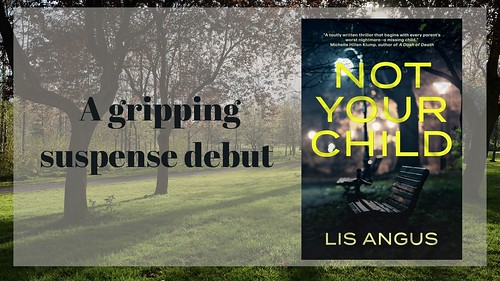 I'm delighted to have Lis Angus with me today. I love how NaNoWriMo and the question "What if" helped start her fiction writing journey. Please help me welcome Lis!


Can you tell us something about your writing?

I’ve been writing since I was a child. I always dreamed of writing a novel, but I hadn’t written any fiction since I was a teenager. As an adult, my writing was primarily business-related. Later I took some fiction writing courses, but I hadn’t really worked at it. Then in 2017 I heard about NaNoWriMo: National Novel Writing Month. I said to myself, “if not now, when?” I decided to grab that impulse, not let the moment pass me by.

I love suspense fiction, and knew that I wanted to write something in that genre. The central idea for the novel is one that came to me some years ago, in the form of a “what if” question. What if someone showed up and claimed that your child was in fact not your child?

To make that idea into a story, I had to figure out how such a development might happen: what characters might be involved, how would they react and what could develop from there? I ended up writing from three different points of view, showing events through the eyes of the three key characters.

I finished a first draft that November, but it was far from a finished product. I did a total of six rewrites and received 81 rejections (I kept count!) from agents and publishers before finally receiving an offer from The Wild Rose Press last summer. Since then the process has gone pretty quickly though, with the book about to be published next week.


What are you working on now?

I’ve written a first draft already, but it’s still sketchy. I’m working now to round out the characters and deepen the plot, feeling my way: how and why might that happen? How would the characters react?. And since it’s another suspense novel, what kind of peril do the main characters encounter?.

My first novel deals in part with the evolving relationship between a woman and her young teen daughter. In my second, my key characters are once again women at different stages of life. Though the circumstances they confront are unusual, the feelings and emotions they experience are ones we all share, and I try to portray those as vividly as I can.


I really love learning where authors get their ideas, and you have such intriguing what-if questions! What do you enjoy reading?

Though I read a wide variety of fiction, I mainly read crime fiction. Within that, I enjoy many sub-genres (police procedural, private eye, legal thriller) but I confess that it’s the suspense novels I come back to. There are too many terrific suspense authors to list here, but as just a few examples: Lisa Unger, Lisa Gardner, Gilly MacMillan, Ruth Ware—I am in awe of their writing.

There are a few writers whose writing puts me in even greater awe: I would read anything they write, regardless of genre. These include Emma Donoghue, Kate Atkinson, Ann Patchett.


Can you tell us something about you?

I grew up on a farm in Alberta till I was 16, when I finished high school. Then I went to Germany for two years; at first living with an aunt and uncle, and then attending university. I came home for the summer then and decided I wanted to stay in Canada. I ended up moving to Ottawa to attend Carleton University for journalism and social sciences. That’s also where I met my husband. After graduating, I spent several years working with children and families in crisis and completing a Masters degree (and most of the requirements for a PhD.) in psychology. That got me interested in research, leading to a second career as a market researcher and telecommunications policy advisor, writer and editor. Along the way we had two daughters, and I completed a second Masters degree, this one in Business. That second career included working with governments at several levels as well as with business clients in Canada and Europe. Since retiring , I’ve now launched into a third career as a fiction writer, which is taking me along another fascinating learning curve and introducing me to an amazing community of writers. One thing I’ve learned is that it’s important to be open to new experiences and challenges, and to never stop learning.

And the thrill of receiving a box of book!
Now for the speed round!
Coffee or tea? Coffee!
eBook, paperback, or audiobook? Paperback
Plotter or Pantster? Plotter AND Pantser
Dogs or cats? Cats, for sure
Night on the town or cozy evening in? Cozy evening in
Last book read? The Maid
Favorite thing to do to relax? Reading, of course
Favorite vacation? Loons, books, chef. OR London, walking.
Beach or mountains? Mountains. OR verandah, lake.
About the book 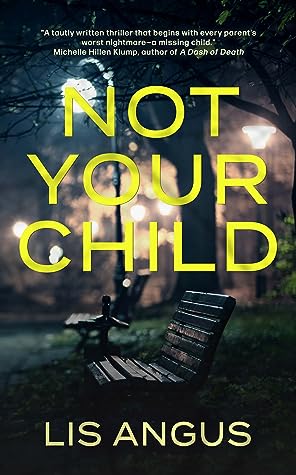 NOT YOUR CHILD
Author: Lis Angus
Genre: Suspense
Possible triggers: violence, there is an attempt to kill a child.
Blurb
Ottawa psychologist and single mother Susan Koss discovers that a strange man has been following her twelve-year-old daughter Maddy. She fears he’s a predator, but it’s worse than that. The man, Daniel Kazan, believes Maddy is his granddaughter, abducted as a baby, and he’s obsessed with getting her back.
Susan insists on a DNA test to disprove Daniel’s claim, but the result is one she can’t understand or explain: it says she’s not Maddy’s mother.
Then Maddy vanishes. Susan’s convinced Daniel has taken her, but he has an alibi, and two searches of his house turn up nothing. The hunt is on—police are on full mobilization, and Susan fears the worst.
Get your copy
Amazon  |  Barnes & Noble  |  Itunes  | Other Sites

Peek between the pages
As I was putting on my coat, the doorbell rang. I looked out the window.

Daniel Kazan stood on my doorstep.

I went cold. How dare he? I flung open the door. “What are you doing here?” I exploded.

Confronting him, I saw that he was a few inches taller than me, and exuded a tense energy that raised my hackles. He raised his hands, palms out, a placating expression on his face. As if he were trying to calm me down or reassure me.

“I just want to talk to Hannah. I came early to catch her, before she leaves for school.”

I squared my shoulders. “Get out of here! You've been told to stay away from us!”

His face was in shadow. “I think it’s fair to want to see Hannah. I’ve waited a long time.”

The guy is nuts. “She’s not Hannah—she’s my daughter. Maddy.”

“You’re keeping her from me.” He was leaning toward me, and I had to keep from falling back. I couldn’t let myself seem weak. If he thought he’d intimidated me, what would be his next move?

My heart pounded. My hands were curled tight, my nails biting into my palms. “Damn right I’m keeping her from you. Now get off my porch before I call the police!”

What if he wouldn’t leave? I should call for help—but my phone was inside, and I didn’t want to leave him on the porch unattended. 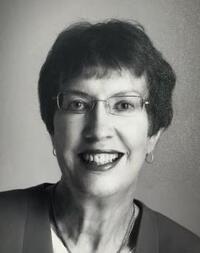 Lis Angus is a Canadian suspense writer. Early in her career, she worked with children and families in crisis; later she worked as a policy advisor, business writer and editor while raising two daughters. She now lives south of Ottawa with her husband. In her spare time she can be found walking, reading, or watching too much Netflix. And, lately, trying to solve Wordle.

Email ThisBlogThis!Share to TwitterShare to FacebookShare to Pinterest
Labels: suspense