Chatting with Patricia McAlexander, author of Shadows of Doubt

I'm thrilled to have Patricia McAlexander with me today. But first, let's learn more about her new book Shadows of Doubt. 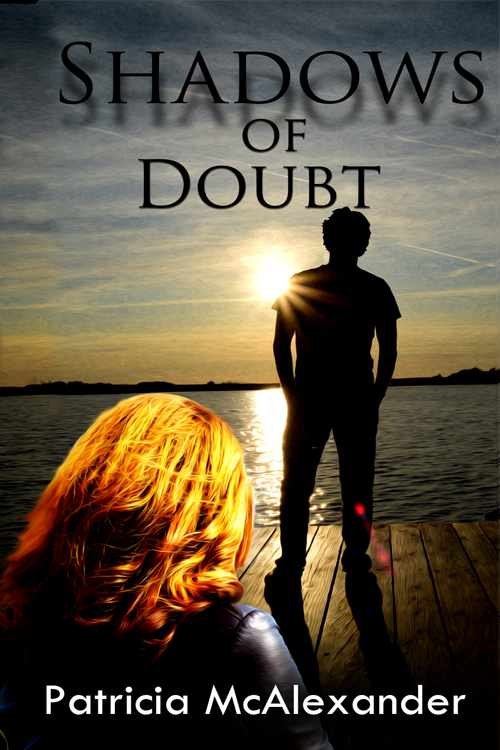 Shadows of Doubt
Genre: thriller-romance
Author: Patricia McAlexander
Blurb
Former grade school bully and, later, amateur drug dealer Jeff Hudson turns his life around and is pursuing a degree in agriculture. His future, as well as a budding relationship with fellow student Sandy Harris, is threatened when a former dealer threatens to expose Jeff's past to university authorities if he doesn't rejoin the ring.
Realizing that Jeff is no longer an angry, misunderstood boy, Sandy must take a stand against her family and friends who swear he is no good and will only cause her unhappiness. Together, can they escape the past in order to forge a future?
Get it today
Amazon | Nook | Barnes & Noble | I-book | Target | Walmart
Please help me welcome Patricia McAlexander.


How did you come up with the concept and/or characters for the book?

My characters are in part based on real people—including myself. Sandy, the protagonist of Shadows of Doubt, has some of my traits: I like photography and an alternate career for me would have been as a journalist. I based Jeff and his uncle at least in part on a family who owned an upstate New York dairy farm near my parents’ lake house—an intelligent, strong, practical father and his sons. And Sandy’s mother is partly based on my teacher mother, who turned for support to my sister and me when our father died—and who sometimes did not approve of our boyfriends.


Favorite genre and why?

One of my favorite genres or themes is romance. Why? Because love is something most of us need and hope for in our lives—look at the themes of songs, movies, literature. Also, romance can involve personal growth, something I’m interested in as a teacher. In my fiction, I portray individuals further developing their own values and identities as they discover love. But genres can be hybrids. Both Stranger in the Storm, my first published novel (actually a novella) and Shadows of Doubt combine romance with the thriller genre. There is also often romance in works of historical fiction, as in Wallace Stegner’s Angle of Repose or Stephanie Dray and Laura Kamoi’s Dear Hamilton--to mention just two.

I think being a writer was in my genes. My father, a teacher, let me type on his typewriter when I was five years old. He never got it back. My sister and I co-authored stories as children, and my high school and undergraduate college friends read stories that I wrote for fun. Then I went to graduate school, earned a PhD in English, and taught in college. I had no time to write fiction during those years, but when I retired, I wrote Stranger in the Storm. Not wanting to go through a possibly lengthy process of finding an agent, I went the small press route, submitting it to the Wild Rose Press. Editor Kaycee John thought it had potential and suggested I read James Scott Bell’s Revision and Self-Editing for Publication and revise. That book gave helpful advice that I took—and my next draft was accepted. I learned much about writing fiction during the editing process with Kaycee. So I guess all these stages are how I “became an author.”

Shadows of Doubt Excerpt
Sunday night in Bill’s sports car, Sandy found him intense. “I want you to stop going out with Jeff. I want us to be a couple.”

“Give me a chance. I’ve known you so long, and this summer I realized you’re the only girl I’ve ever felt anything for.”

“Surely you’ve been with girls at the University of North Carolina.”

“It wasn’t the same with any of the girls there. When I first saw you again after those four years away, I knew you were the one…the one I should marry. But I want to wait for marriage before…you know…sleeping together. That’s special to me. It’s the guys who don’t want to wait that you have to watch out for.”

“So have you and Jeff…?” He did not finish his question, but she felt he knew the answer. He finally said, in a choked voice, “You’ve just met him. You don’t know anything about him.” He looked over at her. “You know it won’t last, don’t you?”

Sandy’s heart skipped a beat at that, but she made herself answer in a calm voice. “Right now, I just know he’s the one I want to be with.”

“Sandy—I need to tell you something about him.”

Bill abruptly turned around in a parking lot he was passing and headed back toward her house. His expression was grim, almost angry. “I’d be better for you, Sandy. Your mother thinks so, too.”

Anger replaced her anxiety. “How do you know what my mother thinks? I hope you and she didn’t discuss this!”

“Just a little, last night before you came downstairs. She didn’t say much, but I could tell how she felt.” He pulled up in front of her house. “We both worry about you with Jeff. It’s not just that we think this won’t last…”

“Why else should you worry?”

Bill hesitated. “For one thing, he has a temper. He may physically hurt you. Remember how he was even as a kid.”

Her anger notched up higher. He was sounding just like her mother, expressing unfounded, outdated fears. “It was years ago that he got in those fights. He’s not like that now. I’m sorry, Bill, but I think it would be better if you and I don’t see each other for a while.” She got out of the car and slammed the door.

Bill started to pull away, then stopped, lowered the window, and called out to her. “Just remember, if you ever need me, I’ll be here.” 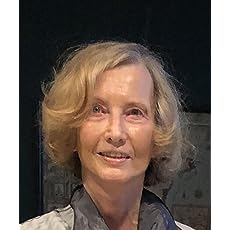 About the author:
Patricia McAlexander earned a bachelor's degree from The University of New York at Albany, a master's from Columbia University, and a doctorate from The University of Wisconsin, Madison, all in English. After moving with her husband to Athens, Georgia, she taught composition and literature at The University of Georgia. Now retired, she has edited local newsletters and enjoys hiking, travel, and photography. But most of all she enjoys writing novels. Her first thriller-romance, Stranger in the Storm, set in upstate New York, was released by Wild Rose in June 2020. Shadows of Doubt, set in Athens, Georgia, is her second.