Author Alana Lorens Two truths and a lie, and more 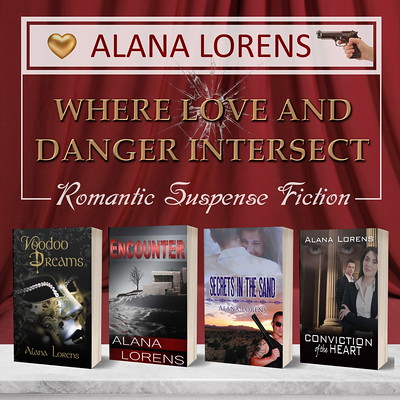 I'm thrilled to welcome Alana Lorens to my blog. She's chatting about her book VOODOO DREAMS, sharing her favorite author, and two truths and a lie. Can you guess which is which? 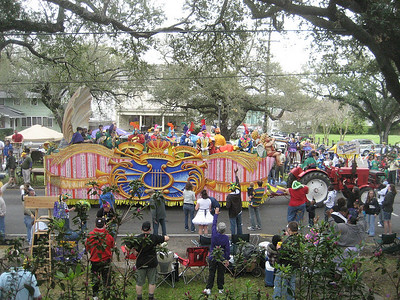 What inspired you to write this book?
VOODOO DREAMS is part of the Pittsburgh Lady Lawyers series, which are standalone romantic suspense stories with the common element being that the heroine of each practices law in the city of Pittsburgh.

I’d been to New Orleans for Mardi Gras in 1998, and it was clear that there is an underside to the city, a shadowy place where things that don’t bear the sun go to hide. Even in a time as raucous and bright as the Mardi Gras season, dark plans are afoot. So when Brianna Ward, my lawyer heroine, steps out for her first parade, it’s already too late. Good thing her legal rival, Evan Farrell, happens to be close by to help her investigate the trouble she’s gotten herself into! 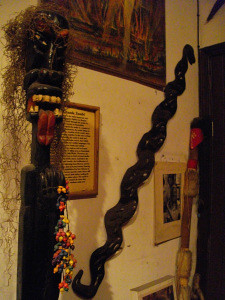 Who is your favorite author?

I’d have to say a tie between Stephen King and Anne McCaffrey. I tend to gravitate toward the world of science fiction and fantasy, so these two are solid entries in that field. I also write in both genres, as Lyndi Alexander. In the past few years, I’ve written two science fiction romance stories, A SMALL DEGREE OF HOPE and SIXSHOOTER, so I’m finding a way to cross over between SFF and romance!

Alana tells us two truths and a lie. Can you tell which is the lie?

Two truths and a lie…. Hmm. Do see if you can tell which….

I’ve gloriously sailed across the Atlantic on a fancy cruise ship.

I’ve sewn and donated over 100 blankets to Project Linus, which gives blankets to kids in shelters and hospitals.
About the book 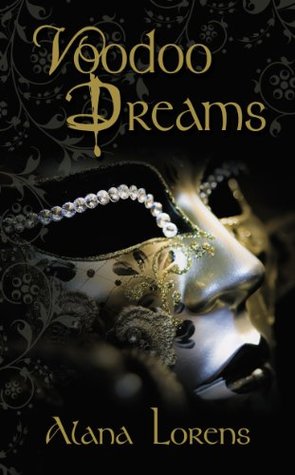 VOODOO DREAMS
Author: Alana Lorens
Genre: Romantic suspense
Blurb
When her big trial goes bad, corporate attorney Brianna Ward can’t wait to get out of Pittsburgh. The Big Easy seems like the perfect place to rest, relax, and forget about the legal business. Too bad an obnoxious--but handsome--lawyer from a rival firm is checking into the same bed and breakfast.
Attorney Evan Farrell has Mardi Gras vacation plans too. When he encounters fiery and attractive Brianna, however, he puts the Bourbon Street party on hold. He’d much rather devote himself to her--especially when a mysterious riddle appears in her bag, seeming to threaten danger.
Strangely compelled to follow the riddle’s clues, Brianna is pulled deeper into the twisted schemes of a voodoo priest bent on revenge. To escape his poisonous web, she must work with Evan to solve the curse. But is the growing love they feel for each other real? Or just a voodoo dream?
Read it today
Amazon  |  Barnes & Noble  |  Goodreads
Watch the Book Trailer
Peek between the pages
The back door to the Voodoo Museum led to a sunlit courtyard, a different atmosphere than the dark, dusty collection inside. A weight lifted off Evan as they came out into the light.

“Did you see that collection of bones?” he asked. “Previous generations right there, ready to ask for their wisdom and experience in your daily life. It’s like the Chinese or Native American traditions of invoking the presence of the ancestors. Really fascinating stuff.” He smiled broadly. “And that snake!”

He’d found the experience much more interesting than he’d expected, including the depictions of gods in various forms, especially the thick python, said to participate in all rituals performed by those with the Museum.

“That’s it? ‘I saw them’? I thought you were the one all hell-bent to jump into the world of voodoo.” She didn’t even respond, but he just grinned. Who would have suspected she was one of those girly girls? Doesn’t like spiders and snakes… Ha! She was just too proud to say so. “What next?”

“The readings are done through here. I guess we just wait and see.”

As if summoned, a turbaned black woman in a long dark dress passed through from the museum. “You desire a reading?” she asked, holding out her hand for the receipt. “Our priestess, Madame Masika, will help you. Come this way.”

She led the way into a darkened waiting room hung with black and red draperies, lit with multicolored candles that gave off a musky scent that approached cloying, as far as Evan was concerned. Gesturing for them to sit, she slipped through a hand-woven curtain in the back.

Evan perched on the edge of a mat-covered soft chair, studying their surroundings. The oil paintings on three of the walls depicted ceremonies or rituals, groups of dark-skinned men and women dancing in impossible postures, sacrificing animals, burning fires on altars and other bizarre acts. His early Methodist training rebelled, as did his sense of logic. How could these people possibly believe slitting a chicken’s throat would bring them what they wished?

Any crazier than he and Brianna tossing quarters into a public fountain and making a wish? Or those afore-mentioned transmogrifications of body to bread, blood to wine? When’s the last time he stepped on a crack, hmm? Just in case?

This was definitely a to-each-his-own sort of event. Now that they were here, he just needed to fasten his seatbelt and see where the ride took them.

About the author: Alana Lorens has been a published writer for more than forty years, after working as a pizza maker, a floral designer, a journalist and a family law attorney. Currently a resident of Asheville, North Carolina, the aging hippie loves her time in the smoky blue mountains. She writes romance and suspense as Alana Lorens, and sci-fi, fantasy and paranormal mystery as Lyndi Alexander. One of her novellas, THAT GIRL’S THE ONE I LOVE, is set in the city of Asheville during the old Bele Chere festival. She lives with her daughter on the autism spectrum, who is the youngest of her seven children, and she is ruled by two crotchety old cats, and six kittens of various ages.