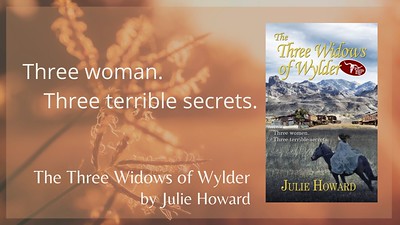 I'm thrilled to welcome Julie Howard to my blog and to share an excerpt from her new release The Three Widows of Wylder.


Hi Julie! Can you tell us about your main character?

There are actually three main characters, with the story told in alternating points of view. Clara is a plain woman who has been married to Walter for nineteen years with no children. Now in her mid-thirties, she would like a divorce so that she might have a chance to remarry and have a child.

Mary Rose is vain and spoiled, used to having men fall at her feet. Her mother helps her find a rich, older man, but Mary Rose discovers quickly that wealth isn’t everything.

Emma is seventeen, toughened by mysterious circumstances in her past. When she meets the other two women, she has two horses and a gray mule and is tight-lipped about why she heads west. 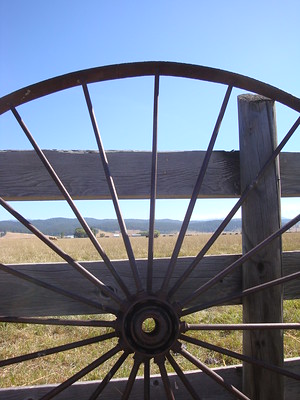 What are you reading?
I’m currently reading “Cloud Cuckoo Land” by Pulitzer-prize-winning Anthony Doerr. It’s hard to describe this genre-crossing book so I suppose it lands in literary fiction. I found it difficult to get into at first, but then it grabbed me and I’m captivated. Definitely a five-star read.

Where were you grew up?

I grew up in California’s central valley and am a fifth-generation Californian. My great-great-greats traveled to the new state in the 19th century with a wagon train. I love the fact my ancestors were pioneers and true explorers. How brave they must have been to leave everything they knew and to be willing to work so hard to live in a new land. I thought about them quite a bit as I wrote The Three Widows of Wylder, which is set in 1882. 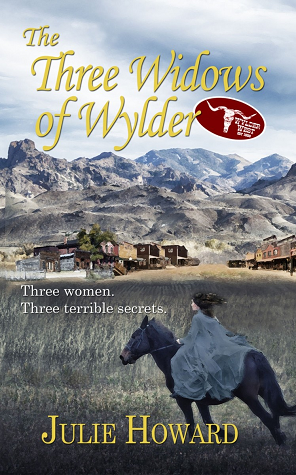 The Three Widows of Wylder
Author: Julie Howard
Genre: Historical fiction/Women’s fiction
Blurb
Three women on the run.
After the death of her husband, Clara flees a hanging judge and seeks refuge with her brother in Wylder, Wyoming.
With secrets of her own and good reasons to flee, spoiled and vain Mary Rose joins Clara on the trek to Wyoming. Surely a suitable man exists somewhere.
Emma is a mystery. A crack shot and expert horsewoman, her harrowing past seeps out in a steady drip. She’s on the run from something, but what?
After the three women descend on Wylder, a budding romance leads to exposure of their pasts. As disaster looms, will any of them escape?
Read it today!
Amazon  |  iBooks  |  Barnes and Noble  |  Bookbub  |  Goodreads
Peek between the pages
Emma stood, legs apart, one hand on the pistol at her hip. The covered wagon was the type used years ago by pioneers, before trains tamed the prairie, and they still lumbered across areas where tracks hadn’t been laid. Two women sat side-by-side, too focused on their argument to yet notice the camp they entered. Their one horse, overmatched by the heavy wagon, was damp with sweat, its mouth flecked with froth.

“We should have stayed on the main road.” The peevish one appeared much younger, curly gold hair topped by a large straw hat. She wore a light-yellow dress with lace at her wrists and throat, a perfectly inadequate outfit for travel. “Someone could have provided directions.”

The older woman had finely-drawn features, a few strands of gray threaded through her dark, uncovered hair. Dressed in sensible blue calico, she gripped the reins too tight and the poor horse gave a pathetic shake of its head. “The whole point was to avoid people,” she sniped.

Emma strode forward and seized the reins. “For God’s sake, you’re killing him.”

The two women gaped as though at an apparition. The horse, released from harsh hands, lowered its head and halted. Its sides heaved as flies drank at its sweaty flanks.

“Whomever let you two fools handle a horse should be whipped.” Tempted to dispatch the women to hell for their cruelty, Emma rested her hand on the pistol’s handle.

They two travelers spoke in tandem. “Who are you?” and “How dare you call me a fool.”

As Emma crooned into in the horse’s ear, her expert fingers undid the buckles at its shoulders and haunches. By the time the older of the two women climbed to the ground, the horse was unhitched and Emma led it to the creek.

“That’s our horse,” cried the one in yellow. “Clara, what is that insane girl doing? She’s stealing him.”

Emma halted, shoulders stiff. She turned and pointed the pistol at the one with lace at her throat. “I’m no horse thief.” She cocked the hammer. “Apologize.” 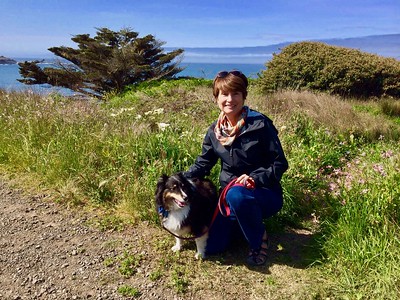 Julie Howard is the author of the Wild Crime mystery series and Spirited Quest paranormal mystery series. She is a former journalist and editor who has covered topics ranging from crime to cowboy poetry. She is a member of the Idaho Writers Guild and editor of the Potato Soup Journal.

Email ThisBlogThis!Share to TwitterShare to FacebookShare to Pinterest
Labels: historical