I'm delighted to welcome Dan Rice back to my blog. Today, he's sharing his writing process and a sneak peek at his upcoming YA fantasy, The Blood of Faeries.
~*~
Hi, Cherie! Thank you so much for having me on your awesome blog to dish about The Blood of Faeries! What author doesn't love discussing or writing about their books?

The first thing to know about The Blood of Faeries is that it is the second book in The Allison Lee Chronicles. Its precursor, Dragons Walk Among Us, came out to some positive reviews last summer and even won first place in the National Excellence in Storytelling Contest.

Now, when it comes to my writing, I'm a planner. I create a detailed plot outline that will undergo several revisions before I start writing the rough draft. This makes banging out the rough draft go pretty smoothly and quickly. I wish the same were true for the editing!

So you might wonder how much effort I put into planning The Allison Lee Chronicles as a whole. The answer: probably not as much as you might think. I have a roadmap, so to speak, which tells me where the story will ultimately end. The great thing about roadmaps is that they allow for numerous detours.

Right now, along with buttoning up the final galley—this is what goes to the printers—for The Blood of Faeries, I am sprinting through the rough draft of book three, guided by a painstakingly created outline. How many books will follow number three? One. Maybe two. I'm honestly not sure because it depends on how many detours Allison and I decide to take.

Thank you so much for reading my ramblings. If you find the blurb and excerpt below intriguing, consider purchasing Dragons Walk Among Us, so you'll be ready for The Blood of Faeries when it comes out this winter.

Thanks, Dan, for taking the time to share your process. I thoroughly enjoyed Dragons Walk Among Us and am looking forward to The Blood of Fairies.
About the book 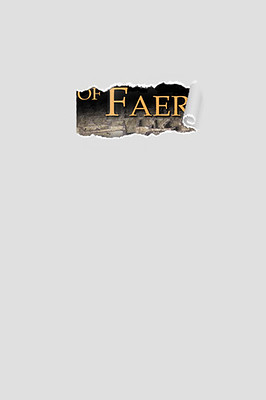 The Blood of Faeries
Author: Dan Rice
Genre: YA Fantasy
Blurb
Allison Lee wilts under the bright light of celebrity after being exposed as a shape-shifting monster. She'd rather be behind the camera than in front of it. Being under the tooth and claw of her monstrous mother is even less enjoyable. All she desires is for everything to go back to the way things were before she discovered her true nature. But, after she accidentally kills a mysterious man sent to kidnap her, she realizes piecing her old life back together is one gnarly jigsaw puzzle. When Allison's sometimes boyfriend Haji goes missing, Allison and her squad suspect his unhealthy interest in magic led to his disappearance. Their quest to find Haji brings them face-to-face with beings thought long ago extinct whose agenda remains an enigma.
Read it today!
Amazon ~ Kobo ~ Barnes & Noble ~ iBooks
Peek between the pages...
“I’ll shoot you in the leg.” He adjusts his aim.

“What if you hit my femoral artery? I’ll bleed out.” What did the gunman do to Dad? How in the world did he overcome Mother?

He frowns. “It doesn’t matter where I shoot you as long as it’s not immediately fatal. I know you heal fast. Now, stand up. Hands behind your head.”

I comply. “How do you plan to escape with me as a prisoner? Since you know I can heal quickly from a gunshot wound, you probably know I’m faster and stronger than you. Do you really think you can walk out of here, avoiding the security detail, with me in tow? Take your eyes off me for a second, I’ll disarm you and break your arm in the process.”

Sweat rolls down his brow. “Stifle it. Turn around. Keep your hands behind your head.”

“You’re making a mistake.” I can’t believe he overcame Mother. Taking me by surprise is one thing, but overcoming Mother, a battle-hardened, magic- wielding, full-fledged skaag, is next level.

“We have your parents downstairs. You don’t start doing what you’re told without giving me lip, they’ll get hurt.”

Dad shouts from downstairs, followed by a loud thud, but no gunshot. I drop my hands and dart toward the intruder. Before he can pull the trigger, I’m on him, wrenching the gun up and to the side. Burning pain lacerates my right shoulder, and the crack of the gun is deafening. I’m more surprised than hurt because the sleeper’s prowess courses through my veins. 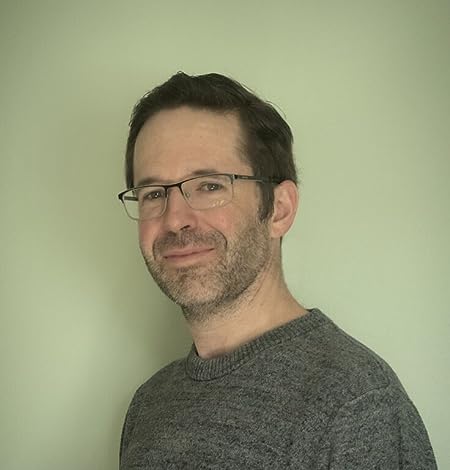 About the author:
Dan Rice pens the young adult urban fantasy series The Allison Lee Chronicles in the wee hours of the morning. The series kicks off with his award-winning debut, Dragons Walk Among Us, which Kirkus Reviews calls, “An inspirational and socially relevant fantasy.” To discover more about Dan’s writing and keep tabs on his upcoming releases, visit his website: https://www.danscifi.com
and join his newsletter.