I am thrilled to be hosting a spot on the DRESSING UP THE STARS: THE STORY OF MOVIE COSTUME DESIGNER EDITH HEAD by Jeanne Walker Harvey & Diana Toledano (Illustrations) Blog Tour hosted by Rockstar Book Tours. Check out my post and make sure to enter the giveaway! 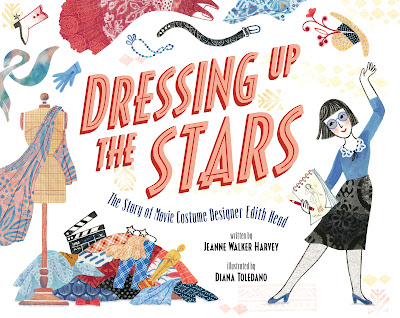 Title: DRESSING UP THE STARS: THE STORY OF MOVIE COSTUME DESIGNER EDITH HEAD

Discover the true story of how a shy miner’s daughter became one of the most legendary costume designers in Hollywood in this inspiring nonfiction picture book biography.

As a child in the small mining town of Searchlight, Nevada, Edith Head had few friends and spent most of her time dressing up her toys and pets and even wild animals using fabric scraps. She always knew she wanted to move somewhere full of people and excitement. She set her sights on Hollywood and talked her way into a job sketching costumes for a movie studio.

Did she know how to draw or sew costumes? No. But that didn’t stop her!

Edith taught herself and tirelessly worked her way up until she was dressing some of the biggest stars of the day, from Audrey Hepburn to Grace Kelly to Ginger Rogers. She became the first woman to head a major Hollywood movie studio costume department and went on to win eight Academy Awards for best costume design—and she defined the style of an era.

My Thoughts...
I always enjoy learning about historical figures. Edith Head’s story is inspiring, and Dressing Up the Stars is a playful picture book that young readers are sure to enjoy. Edith’s story shows children that their background doesn’t matter. That a person can do anything they set their mind to. Edith didn’t have it easy, and some people told her she couldn’t be a designer. But she didn’t let that deter her. She continued to work hard, find her nitch, and through hard work became successful.
This is a book parents will enjoy reading to their kids. 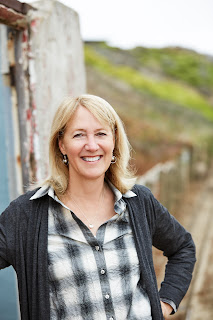 JEANNE WALKER HARVEY studied literature and psychology at Stanford University and has worn  many job hats, ranging from being a roller coaster ride operator to an attorney, a middle school  language arts teacher, and a long-time docent for school groups at the San Francisco Museum of  Modern Art. She is the author of several books for young readers, including the picture book  biographies Dressing up the Stars: The Story of Movie Costume Designer Edith Head, Ablaze with  Color: A Story of Painter Alma Thomas, and Maya Lin: Artist-Architect of Light and Lines. Jeanne  lives in Northern California. Visit her online at JeanneHarvey.com. 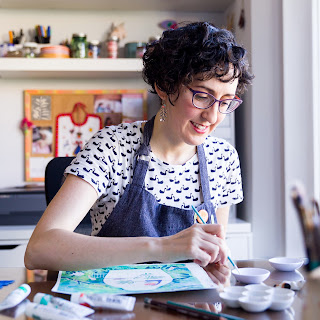 DIANA TOLEDANO is an illustrator, writer, and educator. She is also a Pisces who loves children’s books, patterns, and dancing her heart out. Originally from Spain, Diana (pronounced the Spanish way: dee-ah-na) grew up in Madrid where she studied art history and illustration. Now she lives in San Francisco with her husband and two fluffy cats. Her mixed media art seeks to capture the magic of the ordinary. Diana’s product designs, picture books, board books, and chapter books have been published and sold all over the world. Diana also teaches workshops for kids and adults. She enjoys doing school visits and speaking at conferences. Learn more at Diana-Toledano.com.

1 winner will receive a finished copy of DRESSING UP THE STARS: THE STORY OF MOVIE COSTUME DESIGNER EDITH HEAD, US Only.