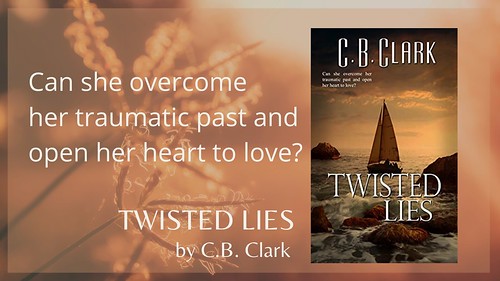 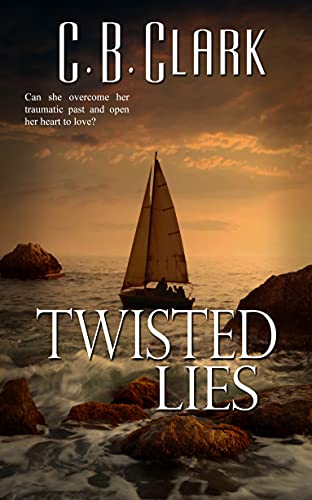 Twisted Lies
by C.B.  Clark
Blurb
Athena Cooper’s tragic past drives her to seek solace in a bottle. The addiction threatens her legal career, and she risks spiraling out of control. When her dog engineers a meeting with an all-too-handsome hunk, it’s lust at first sight…until she discovers his identity.
Businessman Russell Crawford is desperate to find the woman who cheated him out of his inheritance. His shock when she turns out to be the gorgeous red head he had a brief encounter with is only surpassed when she claims his father was a murderer.
Athena and Russ declare a truce and join forces to investigate the mystery of her parents’ disappearance from an isolated island off the rugged Northwest Coast of British Columbia. Russ promises to be her safe harbor as they uncover long-buried secrets that rock her very foundation. Can she overcome a lifelong distrust and open her heart to love?
Grab your copy!
Amazon |  Barnes & Noble  |  Kobo  |  iBooks  |  Universal Link
Excerpt
How was it possible? After all these years? The past she’d been running from had found her. The nightmare was back. The envelope fell from her shaking hands. Her legs wobbled as she rose and stumbled out of the living room and down the short hall to the kitchen.

Afternoon sunlight streamed through the window above the sink. The cozy kitchen, with its walls painted a cheerful butter yellow, and the well-scrubbed laminate countertops, gleamed. The steady hum of the refrigerator and ticking of the antique clock on the wall were the only sounds in the silent house. The pungent smell of fried onions and roasted garlic from last night’s homemade spaghetti sauce hung in the air.

The efficient kitchen, with its breakfast nook and view of the tidy, fenced backyard and the rolling, grassy foothills and snow-crested Rocky Mountains beyond, was the reason she’d bought the small rancher. This was her favorite room—the place she sought refuge when life overwhelmed her. How many times had she sat there in the evenings after work, sipping a glass of chilled white wine, watching the birds at the feeder on the back porch, breathing in the sweet smells of flowering Saskatoon bushes, regrouping until she was ready to face the world?

These days, her drink of choice was a cup of herbal tea or unsweetened apple juice. Alcohol was off the table…had been for twenty-one unendurable days.

But today, all bets were off. 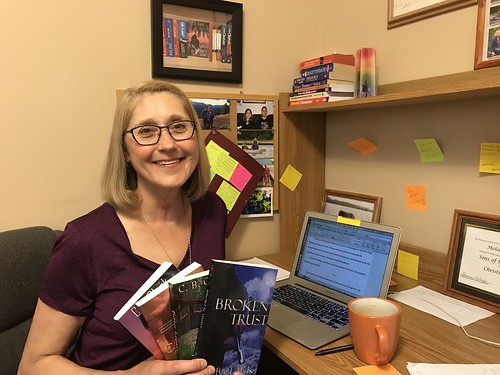 About the author:
Twisted Lies is award-winning author, C.B. Clark’s seventh novel published by The Wild Rose Press. When she’s not busy traveling around the globe or hiking and camping in the wilderness near her home in northern British Columbia, she can be found in front of her laptop plotting the next story.
Connect with C.B. Clark
Facebook  |  Twitter  |  Blog  |  Goodreads |  Instagram  |  Amazon  |  BookBub
Posted by Cherie Colyer at 6:00 AM