Review: Ghost in the Machine by Katie O'Sullivan 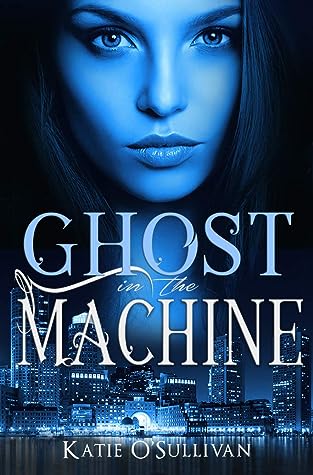 A missing black book that can take down Beacon Hill… and the ghost who holds the answers.

Massachusetts State Trooper Jack MacDonald sees the world in black and white. Good guys versus bad guys. But life isn’t always so simple. When a road crew finds a dead junkie stuffed in a trash bag, Jack’s drawn into a world of shadows where nothing is as simple as it seems. Especially not the dark haired beauty caught up in the middle.

Maggie Nelson lives in those shadows. Her sister might be the infamous Beacon Hill Madam, but Maggie just wants to stay under the radar and finish college. After her sister’s suspicious death, Maggie finds her own life endangered because of a missing ledger filled with names and numbers. It’s the kind of information that can crush dreams and ruin lives. Or get you killed.

Can a man who doesn’t believe in ghosts keep her safe from the shadows closing in on all sides?

I’ve read and enjoyed other books by Katie O’Sullivan, so when I saw she had a new book out I had to read it, and I’m glad I did. Ghost in the Machine is a paranormal thriller that kept me up late reading—which is my favorite kind of book.
Maggie Nelson’s life is turned upside down when state trooper Jack MacDonald shows up on her doorstep to inform her of her sister’s death. But that’s not the worse news he has to deliver. Maggie’s life is in danger, and she has no idea why. I was pulled into the story from page one, trying to unravel the mystery right along with the characters. The ghost element is woven in flawlessly and adds to the mystery. Jack is oh-so-dreamy. I really enjoyed the romance between him and Maggie, and they quickly became two of my favorite characters. There were twists throughout the book that I didn’t see coming and an exciting ending. Ghost in the Machine is a rollercoaster of emotions that you don’t want to miss.
Katie O’Sullivan has a way of writing romance that draws you in with characters you can’t help but like. Her dialogue is strong and realistic, and the scenes flow so smoothly that it’s easy to become lost in the story, turning the pages so quickly that you soon find you’ve reached the end of the book.
About the Author:

Katie O'Sullivan is an award-winning writer, whose ten novels include the best selling My Kind of Crazy, Ghosts Don't Lie, Crazy About You, and the Son of a Mermaid series for teen readers: Descent, Defiance, and Deception.

A recovering English major, she earned her degree at Colgate University and now lives on Cape Cod with her family and big dogs, drinking way too much coffee and working as an editor, magazine columnist and technical writer. Which explains all the coffee.
Visit Katie's website to learn more about the author.
Check out the book for yourself:
Amazon
Goodreads
Posted by Cherie Colyer at 6:00 AM