With me today is M. Pax, author of science fiction. PRECIPICE, book six on The Backworlds series, released this month.

In the far future, humanity settles the stars, bioengineering its descendants to survive in a harsh universe. This is the sixth book in the science fiction series, The Backworlds. A space opera adventure.

The Backworlds hang by a Quantum string, a thread about to snap. Annihilation is coming if Craze can’t stop it.

The genocidal alien he had trapped breaks free, destroying a ship belonging to the Backworlds’ oldest enemy, the Fo’wo’s. The murderous alien wants to overtake the galaxy. The Fo’wo’s want another war.

The Backworlds’ best chance to survive is to overcome a century of hate and forge an alliance with the Fo’wo’s. Because of his history with the alien, Craze is recruited to represent his people. Now he’s the most hated man in the galaxy.

The looming war will be a holocaust unless Craze can stop it, knowing salvation comes at a price.

Colyer: Thanks for being here today. Tell us, where did you get the idea for your novel?
M. Pax: Honestly, I still miss Firefly. I loved how it took regular people and put them in extraordinary situations, and I enjoyed the gritty frontier style of the show. My main character lives on the edge of human expansion and most desires to run a successful tavern. The galaxy doesn’t let him, well, at least not for very long.

Colyer: What was your most difficult chapter to write?
M. Pax: My youngest brother unexpectedly passed away while I was writing this book. The second half of the book was a real struggle as I dealt (still dealing) with my own grief. I did my best to channel it into the losses and sacrifices my characters face in Precipice.

Colyer: I'm so sorry to hear about your brother. I'm sure he's smiling down on you. Can you share with us something about Craze that we don’t learn about them from reading the book?
M. Pax: He’s a reluctant hero. He’d rather be tending bar in his tavern. The series is about his struggles to overcome challenges.

Colyer: Reluctant heroes are often the best. Do you have any fun facts about the book you’d like to share with readers?
M. Pax: Most planets would challenge our survival (traveling about without spacesuits isn’t scientifically sound). We are uniquely adapted for surviving on Earth. To me, it was an issue I had to resolve. So I terraformed people to survive instead of terraforming planets. It would be more economical, faster, and more efficient.

Colyer: I didn't know that about planets. I like how you address the issue in your series. Now that we know about your book and you as a writer, I have some fun questions for you.

Who are you drawn to the good guy or the bad guy?
I can be drawn to either if they’re interesting and compelling.

Are you a morning person or an evening person?
I write best in the morning.

Favorite movie or television show?
I love anything with giant man-eating reptiles. I’m really looking forward to Jurassic World, Sharknado 3, and Star Trek 3. I have high hopes for the new Star Wars.

Guilty pleasures that get you through the writing/revising process?


Chocolate and not allowing myself to have a beer until the manuscript is done.

Chocolate is one of my guilty pleasures too. =)

Thanks for taking the time to be with us today. 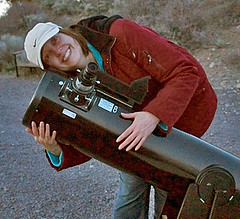 Fantasy, science fiction, and the weird beckons to her, and she blames Oregon, a source of endless inspiration. She docents at Pine Mountain Observatory in the summers, and one of her cats has a crush on Mr. Spock. You can find out more by visiting her website: mpaxauthor.com