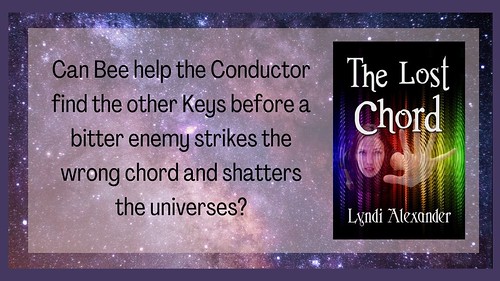 I'm delighted to have fantasy author Lyndi Alexander with me today, chatting about herself and her young adult novel The Lost Chord. Plus, she shared an excerpt you won't want to miss.

Please help me welcome Lyndi.
What inspired you to write this book? 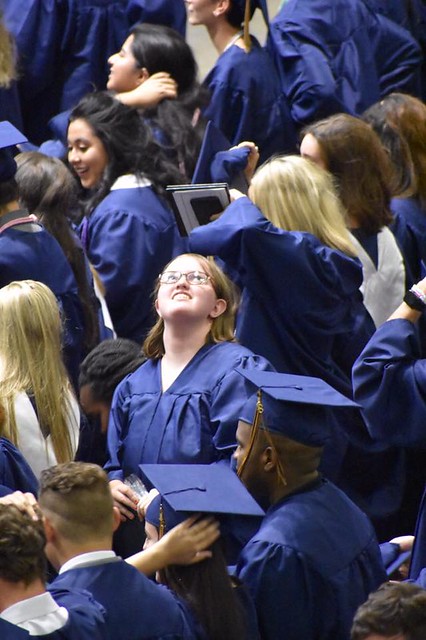 Just after I turned 40, I married a man who had three kids under the age of 5. Several months into the marriage, we discovered that they were all on the autism spectrum, to one extent or another. I adopted the children, and we engaged in various sorts of therapy and other treatment for years.
Our daughter, Tasha, is the model for Bee Warrick. The doctor who diagnosed her had very little to offer, essentially telling us that with her processing disorders she would likely never be able to do much for herself at all, never be able to use tools, or even speak. But she’s worked hard and enjoyed a full life, graduating from high school several years ago.

I hoped by writing a story like this, it could open a window into her world for other children, so when they met a child (or even an adult) on the spectrum, they would have a glimmer of understanding why some of their mannerisms might be strange. Also, it satisfied me that when Tash is off in her mind and not engaged with the real world, that perhaps she is having a wonderful adventure like this.

I’m a fantasy and sci-fi reader, mostly. When I was younger, I also read a lot of Gothic romance trending into romantic suspense. I write that genre as well, under Alana Lorens. I read much less these days, as I concentrate my energy on writing. 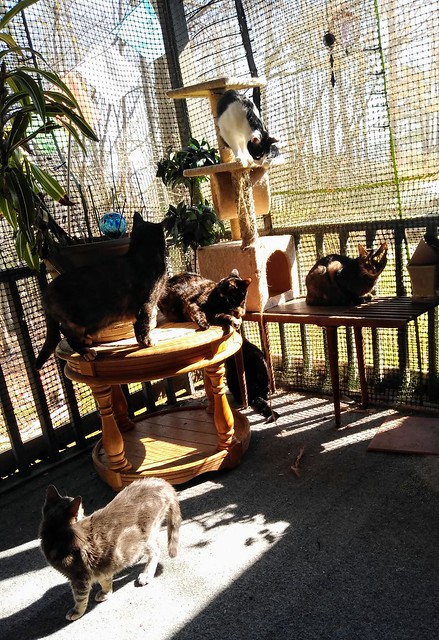 What do you do when you’re not writing?

Well, Tasha is still living at home at 22, since her limitations make it hard for her to have a job. Since I’m borderline disabled these days, we make a good team—I provide the brain, and she provides the brawn, and we get through. We also foster cats and kittens for a local rescue, and have kitties ranging from 20 years old to two years old, in all shapes and colors. We enjoy gardening, having a small patio with several raised planters, which make it possible for me to contribute. We also teach gardening a day a week at Arms Around ASD, a local agency in Asheville that does wonderful things to support both those on the spectrum and their families. 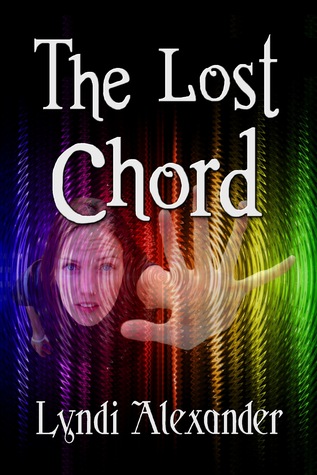 The Lost Chord
Author: Lyndi Alexander
Genre: YA fantasy
Blurb
A poisonous wave is spreading disease and discord across the eleven known universes. Seven special people, known as Keys, must strike the Lost Chord in order to restore the balance.
Among those Keys is Bee Warrick, an autistic teenager from Earth who has traveled between the realms for years without realizing it. Can Bee help the Conductor find the other Keys before a bitter enemy strikes the wrong chord and shatters the universes?
Read it today
Amazon  |  Barnes & Noble  |  Smashwords
Book Trailer
Peek between the pages
"Bee! You'd better be working on your math!"

Bee grimaced, wishing her mother would leave her alone. She was fifteen and perfectly capable of doing her assignment. She pointed two fingers at her closed bedroom door. "Bzzzzzzz."

Minerals interested her more than geometry. They were important, their exact order, the gifts they brought. She just wasn't sure how.

"Bee! I mean it!" Without knocking, Gina Warrick opened the door. "Do you need help?"

Bee put her head on the desk and covered her ears. "Bzzzzzzz."

Her mother sighed. "Fine. I want it in my hands in twenty minutes!" She eyed the rocks. Then stepped out and closed the door.

"Almost," Bee said. She reached in her desk drawer and took out a heavy plastic container, the kind her mother used to save leftovers, and pried off the lid. It was half-filled with sand, colored sand that at one time she had layered in a bottle at an art fair but had since mixed together so the colors had blended to gray.

She rubbed her fingers together in the sand, her eyes closed, feeling the sensation of the fine crystals against her skin, a ritual performed several times a day, especially before math.

After a few minutes, she felt calm again. With a deep breath, she tucked away the sand and took out her geometry book. She started the first problem, working with a yellow pencil. That was what she always used for math. Yellow was math. Science was blue.

Halfway through, her brother Reese barged into the room. The tall, broad-built boy plopped down on her bright pink bedspread and dropped his football helmet on the floor, where it rolled in a circle before coming to a stop.

Bee jumped and covered her ears to protect herself from the sound.

"Hey there little sped girl. I see Mom isn't riding you about homework." He glared at her. "Must be nice to be autistic."

"I'm not stupid like you." Bee knew Reese wasn't supposed to call her names. Mom had told him often enough, but he never stopped so now she tossed names back at him.

She wasn't sure what "autistic" was supposed to be. She had read about it in books. She was just what she was, not some word that started with A. Her favorite book was Songs of the Gorilla Nation, about a woman with autism who had learned to communicate with gorillas.

"Stupid is as stupid does," she said.

Reese twisted up his face at her. He had the same auburn hair as Bee, a color received from their father's genes. She hardly remembered their father. He took Reese away every other weekend, but never took her. She no longer went to the window to look at him.

"Bzzzzzzz," she said, annoyed and wishing Reese would leave.

"You know that's so damn lame. Knock it off. People talk about you at school, sped."

Bee knew that term was derogatory by the tone of Reese's voice, but couldn't understand why it was bad. 'Special' was something extra good, so 'special education' should be something really great, right?

Besides she wasn't in specials any more. Just speech. Her classes were regular, just like everyone else, and she finally didn't have a case worker following her everywhere.

Since she could remember, she had been in occupational therapy. She had swung in a net and glued letters on paper. In hippotherapy, which she loved, she rode and cared for horses at a local farm. In de-sensitizing therapy, which she hated, her mother had scrubbed her body with a surgical sponge for fifteen minutes at a time several times a day.

The longest had been speech therapy, where she had struggled to learn language, a process that was short-circuited somewhere in her brain. So much didn't make sense.

Like special education.
About the author:
Lyndi Alexander always dreamed of faraway worlds and interesting alien contacts. She lives as a post-modern hippie in Asheville, North Carolina, a single mother of her last child of seven, a daughter on the autism spectrum, finding that every day feels a lot like first contact with a new species.
Connect with Lyndi
Website  |  Facebook  |  Goodreads  |  Amazon  |  Bookbub  |  Smashwords
Posted by Cherie Colyer at 5:00 AM