Chatting with Steven J. Kolbe, author of How Everything Turns Away

Everyone loves a good mystery, and I'm thrilled to have mystery writer Steve Kolbe with me today. He also shared an excerpt from his book. So without further ado, I'll dive right into the interview.

The heart of this story for me, what drove me throughout, was the initial attack. I wanted to create something worthy of my detective. A student-teacher is found unconscious in the snow beside a bell tower, an electrical burn on her neck and a thin noose around her neck. Her phone data follows her to the bell tower, but the phone is nowhere to be found. What happened? The most likely suspects have solid alibis. The school teems with rumors, but none of them agree. I wanted to force my detective to discover the only logical explanation.


What books stayed with you?

Reading F. Scott Fitzgerald and J. D. Salinger in high school had a profound effect on my intellectual and emotional development. I first read The Great Gatsby while attending a private school in New Orleans, a setting that informed the setting of my novel, although I moved it from New Orleans to Chicago. What I have taken and incorporated into my work from Salinger, especially his Glass stories and novellas, are the complexity and quirks of his characters. The Glass children hurl their massive intellects at the universal problems of happiness and meaning, often with abysmal results. My protagonist, Ezra, runs up against the same issue.


Can you tell us something about you>

I'm definitely a language nerd. My mother was born in Panama, my father's father emigrated from Germany, and my older sister went through a lengthy Francophile phase. In the process, they exposed me to a number of different languages early on. By the time I graduated from college, I had formally studied four languages other than English and informally studied a handful of others. This love of languages frequently creeps into my writing. 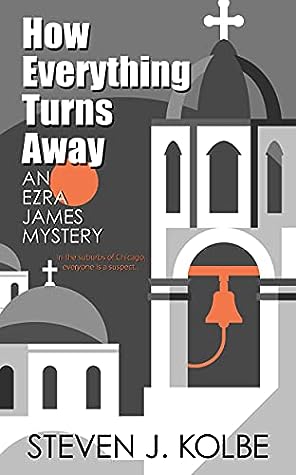 How Everything Turns Away
Author: Steven J. Kolbe
Genre: Mystery
Blurb
Ezra James used to be a big deal: Harvard graduate, FBI agent, beautiful wife. After being accused of fabricating evidence in a serial killer trial, he finds himself suspended, on the verge of a divorce, and working security at a posh Catholic school in Chicago. Then something out-of-the-ordinary happens: a young student-teacher is attacked during a Christmas pageant and left for dead in the snow. She has a noose around her neck, an electrical burn, and she’s pregnant. Ezra, along with up-and-coming police detective, Lucia Vargas, and school pastor, Fr. Remy Mbombo, must work fast before the culprit returns to finish the job.
Grab your copy!
Amazon   |   Barnes & Noble   |   Goodreads
Excerpt
Gorecki raised a hand. “I’m sure you’ve seen a lot, Mr. James, underage drinking, detention duty, and such, but this here’s serious.”

“You’re a cop, you said? Not in Evanston PD. What precinct?” Vargas asked. “I’m a special agent, actually.”

Both detectives raised their eyebrows.

Now he did produce his badge. “FBI, Chicago field office.”

Gorecki inspected it. “Special Agent James,” he said mostly to himself. Then a glimmer of understanding came over his face. “I—” he started to say but stopped abruptly. This happened sometimes. Ezra would be having a perfectly normal conversation with somebody, but then a headline would flash through their mind, and their whole demeanor changed. For an entire year, Ezra’s name appeared in the Chicago Tribune, sometimes making the front page.

Eventually people remembered seeing one of those headlines.

His jaw clenched as he waited for Gorecki to continue.

“You’ve helped a lot,” the detective said, biting his lip. “You can rejoin your friend inside.” Ezra didn’t move. As an FBI agent, he technically outranked them both, but that didn’t mean they wanted or needed his help. 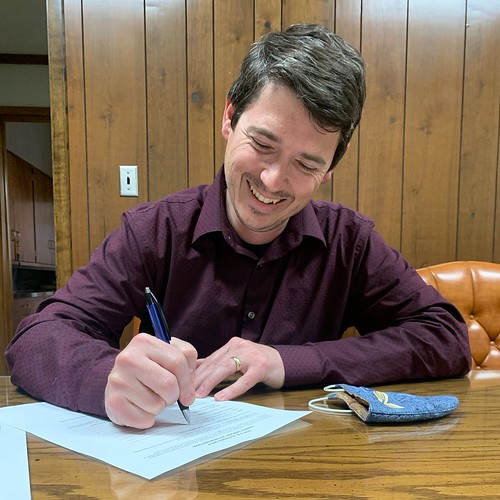 About the author: Steven studied at NOCCA and LSU in Louisiana before earning his undergraduate and graduate degrees in English from Kansas State University. He started his writing career as a lowly student worker for the prestigious literary journal The Southern Review. If you received a formal rejection letter in the mid-2000s, he probably sealed the envelope. He has published fiction, poetry, and nonfiction in various newspapers, magazines, and journals since that time.

He lives in Southwest Kansas with his wife and three children. His debut novel How Everything Turns Away is forthcoming from The Wildrose Press.

Email ThisBlogThis!Share to TwitterShare to FacebookShare to Pinterest
Labels: mystery