Hi! Challenging Destiny is on sale for .99 cents. 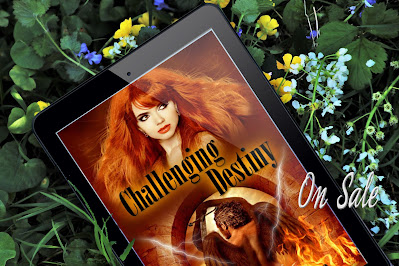 Being Chosen is a terrible thing when there's no one you can trust.

Summary: Logan Ragsdale and his younger sister, Ariana, have been marked, chosen to be unwilling participants in a war between angels and demons.