I'm thrilled to welcome Darcy Carson to my blog and to share an excerpt from her fantasy romance, She Wakes the Night, book three in the series. So without further ado...

Darcy, can you tell us what are you working on now?

The fourth book in the dragons return series—Dragon of the Desert—about a golden dragon who wants to be human.

What are you reading?

I have a bad habit of reading multiple books at the same time. James Rollins is sitting on a table in the TV room, Nora Roberts (Eve Dallas series) on my nightstand and Naomi Singh is in the car.

Night on the town or cozy evening in?  Cozy Evening In
Favorite book? Stranger in a Strange Land

Favorite junk food? Anything with Sugar

Paranormal or Historical? Both 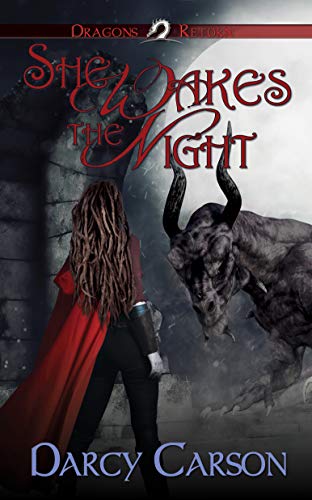 Book title: She Wakes the Night
Author: Darcy Carson
Genre: Fantasy Romance
Heat level: Sensual
Blurb:
Trell Langois escapes a thousand-year-old curse. Being trapped as a tree wasn’t on her bucket list, but now she can continue as a healer. Traveling with her dragon, Torkel, she seeks out new cures to help others and meets Gren, an unfortunate soul who suffers from a dreadful disease.
Gren Oyg Har is a prince on a mission. In order to rule his father’s kingdom, he must first find a healer. Not just any healer, mind you, but one with a dragon. Yet, it is Trell who finds and rescues Gren, but wants nothing to do with him. If not for Torkel, she would leave him behind.
Separate goals soon become entangled, and both Trell and Gren are on their way to falling in love until secrets better kept hidden become known—and threaten to destroy all they hold dear.
Get She Wakes the Night on Amazon today
Excerpt:

“The music. The human stopped playing. ‘Tis all your fault.”

Trell shook her head. Sometimes… “Return to the dragon circle, if you dislike my methods.”

She gave up and paused to listen. Sure enough, the sounds returned to normal where people conversed with one another. The stomp of iron-hooves striking the ground added a low tremor as they continued to nicker.

Squaring her shoulders, Trell replaced the lantern to where she round it. She put water on the fire and wiggled under the wagon. Gren sat with his legs crossed, the flute in his lap.

“You must be weary,” she said. “I didn’t expect you to play while I was away.”

“I missed you, and playing allowed the time to pass quicker.”

Her heart fluttered at his flowery woods. “How do you feel? I’ve put a kettle on for Grandmother Lurri’s tea. I could make you some chamomile as well.”

“That’s unnecessary,” he answered. “My neck is just still, is all.”

“Allow me to make you feel better while the water heats.” She reached for him.

He jerked back. “Touching me is unwise.”

“Don’t be silly,” she said, continuing to scramble over to him. Her fingers brushed over his neck and shoulders. Much to her surprise, his muscles felt like the cords of a warrior, not those of a sick man.

He scrambled away and stretched his arm to prohibit her from getting closer. “Stay back.”

That fleeting touch caused a tingle to run up her fingers like warm water. The sensation flowed up her arms, seeping into all her pores until her head spun.

How sick was he? The disease caused a person to lose extremities due to repeated injuries and infection. They had to be amputated. Some people died within five years, others lasted for several decades. No one knew why.

She liked Gren and wanted to help him. Yet she was sure he hid something from her. How sick was he? Or was he sick at all? She hated having doubts. His feelings mattered to her. It wasn’t fair such a kind, decent man suffered. She watched him tuck away the flute with care. A task hampered by rags covering his large hands. Yet those same hands created beautiful music.

She eyed him and smiled. “I would say you have magic in your hands.”

“What you do mean?” He repeated her earlier words.

“You create powerful music. It brings joy to all who hear.”

She examined the back of his head from under her lashes as if her gaze could pierce his ragged cowl. His music tugged at her heart with its appeal, but something deeply earthy pulled her to the man himself. 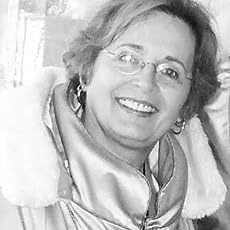 About the author:
Award-winning author, Darcy Carson, grew up reading everything her mother brought home from the library. Reading romances became her favorite genre. Eventually her love of those novels led her to start writing them. She resides in a Seattle suburb with her husband and a prince of a toy poodle.
Website
Facebook
Posted by Cherie Colyer at 6:00 AM