I'm excited to have Jennifer Wick with me today. Jennifer writes contemporary romance with spunky heroines and strong heroes with just a touch of vulnerability. A Reckless Heart releases March 29th. Don't miss the excerpt below!

Can you tell us three things we’d find if we looked under your heroine’s bed?

Meg has been moving around a lot, for reasons the reader will learn as she reads the story. Therefore, under her bed you’d find her suitcase. She’s always prepared to leave quickly, as much as she’d love to stay where she is. Inside the suitcase is her bank book, which lists exactly how much money she has, as well as the amount she needs to pay back so she can finally be free. The third thing, also in her suitcase, is an old gossip magazine. It’s there to remind her about her past life, what she lost, and why she’ll never go back to that life again.

I absolutely love reading historical romance. The clothes, the houses, the different customs. They all transport me away from the world today and provide me with an escape.

I was born in New York City, but have lived in New Jersey all of my life, except for college, when I was in St. Louis, MO. College in the Midwest taught me to lose my accent (except when I’m emotional), and opened my eyes to a different way of life—a little slower, a little friendlier, and absolutely no bagels. J As much as I loved my time there, I found work in New York, so I returned to New Jersey to live. My husband followed me and we’ve lived here, raising our daughters, ever since. 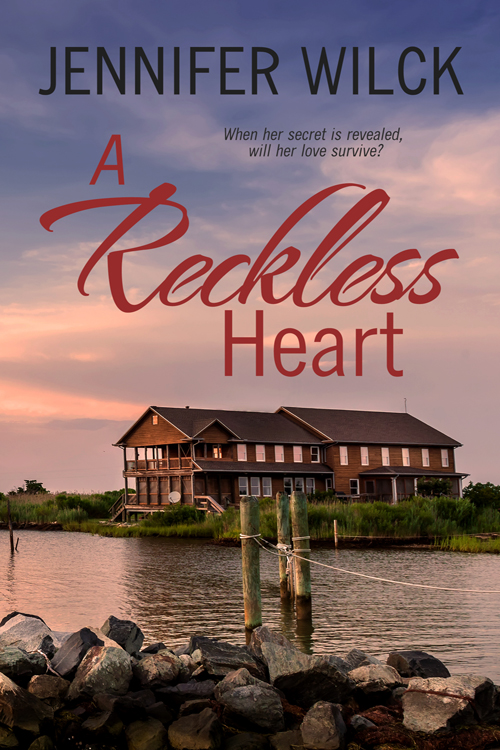 A Reckless Heart
Releases March 29th
Genre: Contemporary romance
Heat level: Spicy/Steamy
Blurb
Meg Thurgood, former society girl, took the blame for her friend and paid a steep price. Now all she wants is solitude and a chance to rebuild her life. She thinks she's found that in an isolated house she rents from a mysterious stranger.
Simon McAlter has hidden in his house on the coast of Maine since a fire left him scarred. A successful landscape architect who conducts his business and teaches his classes remotely, he's lost his inspiration and is trying to pretend he's not lonely.
Simon's new neighbor is more than he bargained for. When he learns Meg's secret, will he retreat into the shadows or will he learn to see past the surface and trust in Meg's love?

Nervous laughter bubbled in her chest. They’d been close before and held hands. Granted, he’d covered hers on the ladder, but still. It wasn’t the first time they touched. Why was this different? She remembered the sensations when he’d covered her hand on the roof— warmth and roughness and safety. And she wanted it. She bumped her hand against his, on purpose, to feel his skin. It wasn’t smooth like hers. Its texture, unique to him, fascinated her. A moment later, he rubbed his arm against her.

Was it accidental, too? She snuck a glance at his profile. Although his hair blocked most of his face, she’d swear when the wind blew it, a ghost of a smile hovered, like they shared a private joke. Her belly warmed, and the air between their knuckles, where they almost touched, crackled with electricity.

The next time their bodies touched, she slipped her hand through his elbow. His body jolted before he pressed her arm against his side, and they walked to the curve of the shore connected.

When they stopped, they watched the waves lap over the rocks, their froth sputtering into the cracks.

“This is the only place I’ve ever not felt alone,” he whispered.

“How long have you been alone?”

“Too long,” he replied. “This is the only place I’ve ever felt seen.”

“I can’t imagine you invisible,” he said.

“When “It Girls” and camera bulbs surround you, it’s easy to fade into the background.”

The sky and water darkened as the light faded, and she shivered in the chill air. Her hand grew icy as he pulled away from her. As she was about to complain, a weight landed on her shoulders. His arm drew her close. He remained still, as if he waited to see if she’d object. Instead, she leaned against his side. Heat emanated from him, and tingles ran through her body. A desire to turn into him, to press her body against his, to kiss him, overwhelmed her. He positioned her in front of him and rested his chin on the top of her head. His heart beat against her back. A soft moan escaped her lips, and they both froze. All of a sudden, she was aware of how close she was. His jacket was warm from his body and smelled like him. 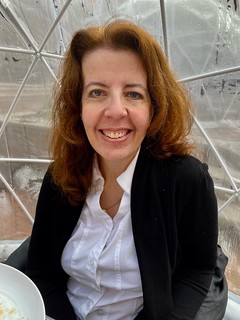 About the author: Jennifer started telling herself stories as a little girl when she couldn’t fall asleep at night. Pretty soon, her head was filled with these stories and the characters that populated them. Even as an adult, she thinks about the characters and stories at night before she falls asleep or walking the dog. Eventually, she started writing them down. Her favorite stories to write are those with smart, sassy, independent heroines; handsome, strong and slightly vulnerable heroes; and her stories always end with happily ever after.

In the real world, she’s the mother of two amazing daughters and wife of one of the smartest men she knows. When she’s not writing, she loves to laugh with her family and friends, is a pro at finding whatever her kids lost in plain sight, and spends way too much time closing doors that should never have been left open in the first place. She believes humor is the only way to get through the day and does not believe in sharing her chocolate.

She writes contemporary romance, some of which are mainstream and some of which involve Jewish characters. She’s published with The Wild Rose Press and all her books are available through Amazon and Barnes & Noble.