Please help me welcome Robert Herold, author of Moonlight Becomes You and the Eldola Project to my blog. 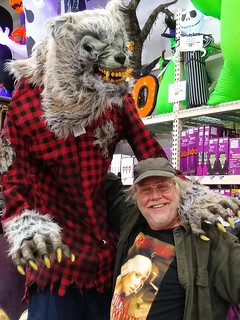 What inspired you to write this book?
As noted in my bio, I’ve thought werewolves were cool ever since I was a pup. Creating a novel around one was the next best thing to my childhood dream of becoming one! I also remember reading a piece in the Horror Writers of America handbook on writing horror, that there hasn’t been a definitive werewolf novel. I thought I’d take a stab, er, sink my teeth into the challenge as it were. I would very much like to make a significant contribution to the canon of horror writing. 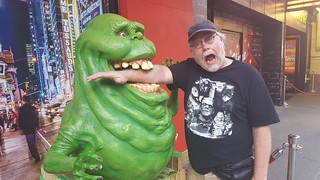 What are you reading?
I’m rereading a horror novel that I first read many years ago, The Conjure Wife by Fritz Leiber. There is a witch in my Eidola Project novels and I wanted to reacquaint myself with some of the best books in the witch genre. BTW, it’s a great novel! 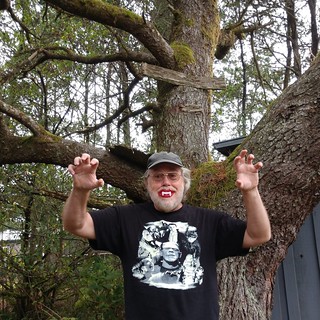 Tell us something unique/quirky about yourself.
I collect Mexican Lobby Cards for famous horror movies. I have about a dozen, some of which are autographed by famous writers (Robert Bloch, author of Psycho, and Richard Matheson, author of I Am Legend). Why Mexican? They are much cheaper than their English language counterparts!
Thanks, Robert, for stopping! 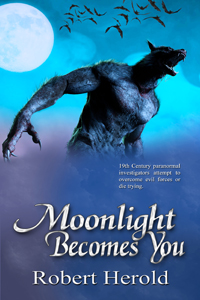 The Eidola Project travels to Petersburg, Virginia, to investigate a series of murders in the Black community—rumored to be caused by a werewolf. Once there, danger comes from all quarters. Not only do they face threats from the supernatural, the KKK objects to the team's activities, and the group is falling apart. Can they overcome their human frailties to defeat the evil that surrounds them?

Doc Curtis fought for every reserve of strength and managed to quicken his pace. He could hear them shouting behind him and dared not look back, fearing it might slow him just that much more.

He made it through the field and emerged onto a rough access road running between the cultivated land on one side and the woods on the other. The doctor dashed across the dirt road and through the weeds and scrub bordering its opposite side. The trees stood twenty yards ahead. He would make it, find a thick trunk to hide behind, and fire a warning shot. If he could drive them off, it would be best. If not, he would do what needed to be done. Life had reduced itself to its most basic terms: kill or be killed.

Just five yards from the trees, a gigantic black beast bounded from the woods and landed before him. The doctor skittered to a stop, and his feet went out from beneath him. The creature stepped closer, looming. Its eyes glowed red, and the skin around its muzzle drew back, revealing a mouthful of sharp canine teeth.

The Klan had come at him in two directions, the doctor realized.

He raised his pistol and fired into the snarling face above him. 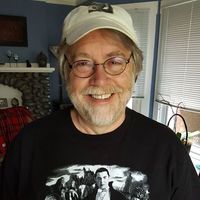 About the author:
The supernatural has always had the allure of forbidden fruit, ever since my mother refused to allow me, as a boy, to watch creature features on late night TV. She caved-in. (Well, not literally!)

As a child, fresh snow provided me the opportunity to walk out onto neighbor’s lawns halfway and make paw prints with my fingers as far as I could stretch. I would retrace the paw and boot prints, then fetch the neighbor kids and point out that someone turned into a werewolf on their front lawn! (They were skeptical.)

I have pursued many interests over the years, but the supernatural always called to me. You could say that I was haunted.  Finally, following the siren’s call, I wrote The Eidola Project, based on a germ of an idea I had as a teenager.

Ultimately, I hope my books give you the creeps, and I mean that in the best way possible!