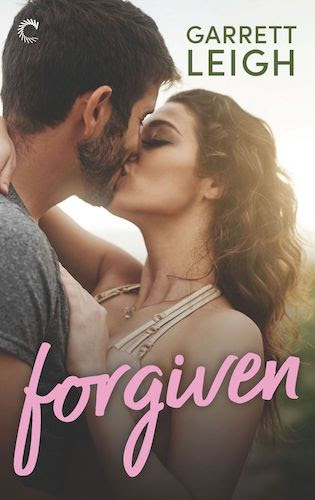 High school sweethearts Mia and Luke get a second chance at love in this brand-new contemporary romance from award-winning author Garrett Leigh.

When Mia Amour returns to England to open a florist shop, all she wants to do is put her lousy ex behind her and never look back. But getting a fresh start is easier said than done when her first love, the boy who once broke her teenage heart, strolls back into her life. He’s every bit as sexy as she remembers, and the urge to melt back into his arms almost makes her forget how devastated she was when he took off without a word. Almost.

Left with no choice, Luke Daley did what he had to do, leaving town to earn enough money to save his broken family, though it just about broke him, too. But now he’s back, running his uncle’s business and trying desperately to forget about Mia, the girl he left behind all those years ago. When he runs into her in town, the shock of seeing her again brings an intense rush of emotions: love, guilt…and an overwhelming urge to find out if it’s still as amazing between them as it used to be.

It doesn’t take either of them long to give in to desire and discover the fiery passion they once shared burns hotter than ever. With each new touch, each moment of forgiveness, old hurts heal and the future they’d hoped for ten years ago becomes possible again. But their fragile connection is tested by a threat neither of them saw coming—a threat that could end their second chance before it even gets started.

I was playing darts with some dude-bro of my dad’s when Gus walked in. An automatic grin spread across my face, but he wasn’t alone. Mia flitted in behind him and went straight to the bar without looking my way.

Gus shrugged and followed her.

It stung. I had plenty of old schoolmates knocking around Rushmere, but Gus got me. His easy company had made the transition to civilian life seem almost normal. Perhaps I’d become too reliant on him. Too demanding, and Mia was right. He was her brother, not mine.

I turned my back on them and focussed on flinging darts at the board. My aim had always been good, and I won several times over, but still the hairs on the back of my neck stood on end, and no matter how much I drank, my skin tingled with her imagined gaze all over me—imagined, because I reckoned I still knew her well enough to be certain she was stubbornly refusing to face me.

Calling time on my darts marathon, I drained my drink, bid my opponents goodbye, and left the pub without glancing in the direction I’d last seen Gus and Mia. It was a mile walk back to my house, but I was glad of it; at least I would be come the morning.

I fished my phone from my pocket and checked that my alarm was set, even though military life had left me incapable of sleeping more than four hours at a time. An Instagram notification from my brother caught my attention. I swiped it and immediately wished I hadn’t. Wasted and trashing whatever shithole town he lived in now, treating them to the same havoc he’d wrecked my mum’s life with after our dad died. Not that I could judge him right now for being wasted, but I’d go home, fall asleep in my own bed, and wake up in time to keep my life moving forward, even if I had no idea where I wanted it to go. Billy was destructive to himself and everyone around him. I loved him, but sometimes I just couldn’t fucking look at him.

A muttered curse behind me spun me around.

Mia glared at me. “For God’s sake. Is there nowhere in this town I can go without you loitering around the corner?”

The absurdity of it was so unfair I just stared.

She stepped closer, her face pretty much twisted in the kind of half snarl that had made me so fucking hard in the past.

Would make me hard now if I let it.

I swallowed thickly. We’d been in the same room all night, and yet somehow the sight of her in front of me seemed brand new. “I’m going home.”

“Yeah. I figured that when you left the pub ten minutes ago.”

She didn’t move. Neither did I, and I cursed myself for not going straight home. The rare glimpses of her were bad enough, but these face-to-face staredowns clawed at my insides. I had stubborn feet, a steady gaze, and hands that never faltered, but with Mia so close a gust of wind would blow her hair into my face, everything trembled.

I inhaled fresh air, hoping it would clear my mind. It didn’t. “Whatever. I’m going home now.”

Still I didn’t move. I glanced over Mia’s shoulder at the pub. “Where’s Gus?”

“Talking to some bloke from Grindr, I’d imagine. He left with a spring in his step.”

“He left you there by yourself?”

“No, he just left like an adult, because I’m old enough to make the three-hundred-metre walk on my own.”

Mia started to step around me. In a fit of nonsensical recklessness, I grabbed her arm, then braced myself for the inevitable answering shove.

But she didn’t shove me. She stared, apparently transfixed by my fingers circling her slim wrist, and did nothing at all.

“Why are you sorry?”

Perhaps she was drunk too, and heat swam in my veins. Getting lit with Mia had always been awesome. Back in the day, I’d lie back and let her take whatever she wanted from me, but that wasn’t the picture dancing through my beer-addled brain right now. I wanted to grip her again, spin her around, and pin her against the wall. She’d never let me dominate her—I’d never wanted to—but fuck if it wasn’t an image I couldn’t shake.

I shook my head. “I’m sorry I bothered you.”

It was my turn to move past her, and her turn to stop me in my tracks with a strong grip. “Luke.”

“What?” I spun around to face her again, my shout ringing out in the quiet pub car park, the vehemence in it surprising me as much as Mia. “What?” I tried again, softer this time, but no less desperate. “You don’t want to talk to me, I get it, okay? So leave me the fuck alone, and I’ll do the same for you.”

“I never asked you to leave me alone.”

Our eyes met and held on for the first time since our chip shop reunion two weeks ago. I fell down the rabbit hole of those fucking stormy blues, and as the seconds ticked by, so did my resolve to walk away. 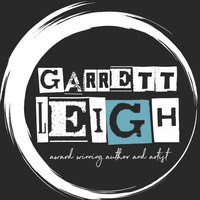 Garrett Leigh is an award-winning British writer, cover artist, and book designer. Her debut novel, Slide, won Best Bisexual Debut at the 2014 Rainbow Book Awards, and her polyamorous novel, Misfits was a finalist in the 2016 LAMBDA awards, and was again a finalist in 2017 with Rented Heart.

When not writing, Garrett can generally be found procrastinating on Twitter, cooking up a storm, or sitting on her behind doing as little as possible, all the while shouting at her menagerie of children and animals and attempting to tame her unruly and wonderful FOX.

Garrett is also an award winning cover artist, taking the silver medal at the Benjamin Franklin Book Awards in 2016. She designs for various publishing houses and independent authors at blackjazzdesign.com, and co-owns the specialist stock site moonstockphotography.com with photographer Dan Burgess.