The Research Behind the Embrace Series 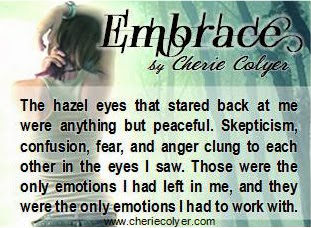 Even in fantasy there’s research to be done. Since my novels are set in the modern world, I first had to research the setting. The climate, landmarks, high schools, population, all the way down to which beaches are good for collecting seashells and how often the light on Annisquam Lighthouse flashes (every 7.5 seconds for those curious). It was important to me that these details were as accurate as I could make them so that the reader would feel like he or she was in Gloucester, Massachusetts, right next to Madison.

My research didn’t stop with getting to know Gloucester. I wanted the surnames of my characters to have meaning too, so the characters whose families have lived in Massachusetts for generations have last names of one of the families that had settled in that area back in the 1600s. This is something most readers will never know, but it’s the type of detail I like to include in my stories.

I did an equal amount of research on the paranormal elements. Since I don’t want to give away any spoilers, and since my publisher and I purposely don’t say what it is in the synopsis for Embrace (book 1) I’ll simply say that I dug into the known lore to see how I could weave it into the world I was creating. I studied the different myths, their believed weaknesses, why people feared them, and how people protected themselves from the unknown. I then put my own spin on them. Ones I hope a reader will enjoy.