Meet the newest character in the EMBRACE sequel

Thanks to everyone who
participated in the Vote to Win contest.

The truth is I've been calling him Zion - Kashmeir - Dellis for a few weeks now and I've sort of grown attached to all the names.

And he is a faery, after all. Did I mention that?? If not, the cat's out of the bag now.

In some lore humans can control a faery if they know his or her full name. My book follows this lore. While I had only planned to add the winning name in the character name I came up with, I'm already missing Zion and Kashmeir. So, I've decided to use the three finalists as part of my character's name and then use the winner as the name that readers will learn in the book.


Without further ado
I'm pleased to introduce to you

Dellis Zion Kashmeir ...
(I'm withholding the rest of his name as to help him keep his secret.
I'm sure you understand.) 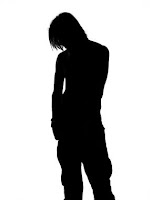 What do we know about him so far? Well,
he’s a male in his late teens with stormy white
eyes and pale blond hair. He’s one of three
supernatural creatures being introduced in
the EMBRACE sequel HOLD TIGHT.

Congratulations to the winners of the contest:

Thanks to all the students who entered names! You guys came up with some great suggestions!