I'm delighted to be a part of the Serenade by Morgan Shamy Book Blitz hosted by Xpresso Tours. Morgan Shamy is eCopies of the book to ten lucky winners!

When November Huntington is sent away to live with her long-lost family, she’s forced to attend a music school for the gifted—which wouldn’t be a problem if November were musical. She’s an athlete through and through, and hates being different.

The kids at the school don’t welcome her, they’re wary of her presence, especially Vincent, a brooding teenage boy involved with dark spirits, who can make time stop when he plays his piano. In fact, all her classmates are all obsessed with playing their instruments. And odd things happen when the do.

But something is off about the school. Deaths have occurred through the years, students showing up dead the same way November’s parents were killed—with their throats ripped out.

A killer is on the loose… November must figure out a way to stop whoever it is, balance her feelings for Vincent, and solve her parents’ past before she, too, is numbered among the dead.

The first in a Paranormal Fantasy Saga by debut author Morgan Shamy. 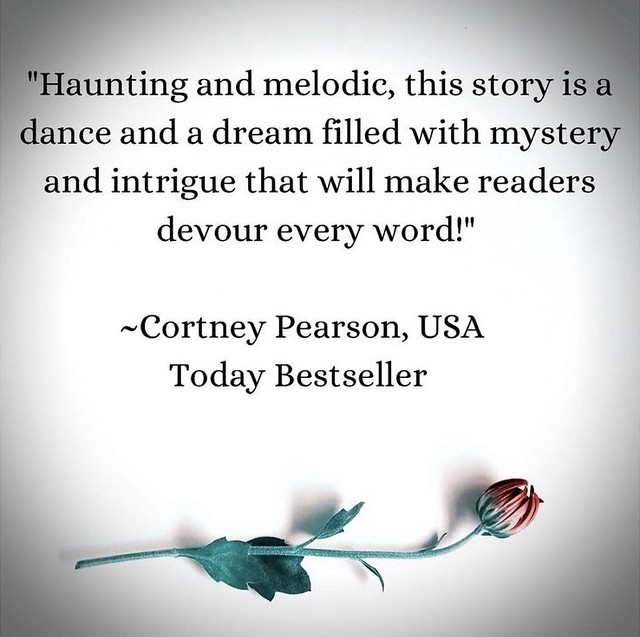 She started forward once more, silently cursing, when a soft melody drifted from the woods. The sound jarred her to a stop, and her heart suddenly spiked. She wasn’t alone. Someone was out here. The music drew closer, heightening. It was slow and haunting, tinkling, like a music box. It didn’t sound like music from a radio or phone. It moved through the trees, wrapping around the bushes, spreading out toward her. She could feel it all around her, soaking into her.

“Hello?” she asked, backing up a step. She squinted into the trees. “Hello?”

The music continued, and she wrapped her arms around herself, backing up further.

Deep into the forest, a bright light appeared, small at first until it burst outward. The light seared her eyes, large and white, and she ripped her gaze away. A voice in the back of her mind screamed at her to run. The music continued to play on the air, soaring toward her. It was getting closer, becoming thicker, heavier.

She pushed herself faster, her feet pounding on the forest floor. But the music slithered after her, brushing along her back, carrying with her as she ran.

“Stop!” she yelled. “Stop!” She continued to race, until she dropped to her knees. She covered her hands over her ears, squeezing her eyes shut. “Stop!”

In a blink, the music halted, and the light dissipated, but the music still echoed inside her head, hanging on the air. She stretched her eyes wide, her gaze darting side to side. She stayed frozen, her knees on the dusty ground. Her heart beat loud as the breeze picked up and tickled the hair off her face. Birds chirped, and the forest came alive again. She slowly lowered her hands.

She huffed out a frustrated breath and headed back down the trail, shaking out her arms. She was stupid to think someone had been after her, or to think she’d heard music or seen such a bright light, but the sweet melodic sound wouldn’t leave her alone. The melody lingered inside her head, weaving through her memory. Maybe someone had been there, and maybe she had been its target.

Morgan Shamy is an ex-ballerina turned YA writer. She has been immersed in the arts since the young age of 4, where she performed various roles alongside a professional ballet company for over seven years, and has danced on prestigious stages like soloing at Carnegie Hall in New York City. She has taught hundreds of girls in her fifteen years of teaching, where some of her students have received full-ride scholarships to schools like School of American Ballet, the Harid Conservatory, Kirov Academy of Ballet, and Pacific Northwest Ballet, to name a few.

Morgan discovered writing when her three-year-old son was diagnosed with cancer. It was through that experience which instilled the need to share art and magic with children through words on the page.

Morgan is also an accomplished concert pianist. She was the first girl in Utah to receive the 75 pt. Gold Cup in the Utah Federation of Music in piano solo/concerto competition. Morgan currently lives with her X-Games gold-medalist husband and four children in Salt Lake City, Utah.