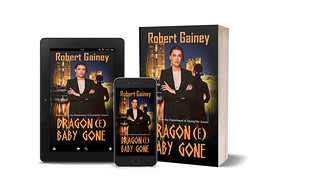 I'm excited to welcome Robert Gainey, a fellow Wild Rose Press author, to my blog. With dragons and a strong female protagonist, Dragon(e) Baby Gone sounds like an intriguing read! Without further ado...

Hi Robert. Can you tell us about your main character?
Diane Morris is a woman looking for a less exciting life. As Senior Field Agent with the Department of Intangible Assets, Southeast Division, she has certain responsibilities to the safety and wellbeing of the public, but that comes with a cavalcade of dangerous assignments. Well-versed with the anomalous, the paranormal, the monstrous, Diane calls upon every ounce of her experience and determination to make it out alive while keeping the true nature of her work a secret from the world at large. Naturally, she’s a little sarcastic and high strung, not to mention her temper, but hey, what underpaid, underappreciated government employee isn’t?

Neville Shute’s On The Beach haunts me. I picked it up last year as a recommended book on many people’s lists with no idea what I was in for. It held onto me the whole time I was reading, slowly wringing out every last drop of emotion I had left. As an adult, I’ve never had the same visceral reaction to a book and I’m still thinking about its poignant, beautiful, horrifying message.


What makes you laugh out loud?

I’m a huge fan of physical humor, word play, and puns. The more absurd something is, the more likely it is to get a laugh. Something that made me laugh until I couldn’t breathe was the first time I watched Monty Python and the Holy Grail, the killer rabbit scene. Something ineffable about that scene just hit me the right way. I’m also a huge fan of Brooklyn 99, Community and other slick, well-written comedies. It’s good to laugh, so I make it easy on myself and like all sorts of things. 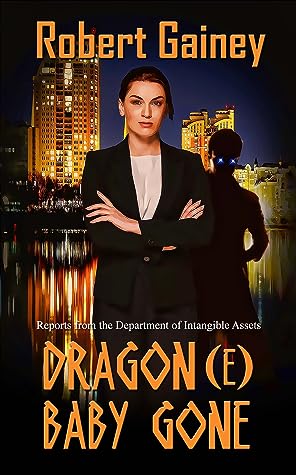 Dragon(e) Baby Gone
Author: Robert Gainey
Genre: Fantasy/Paranormal Detective
About the book
“Dragon is hard to overcome, yet one shall try.”
– Nowe Ateny, Polish Encyclopedia, 1745
Diane Morris is part of the thin line separating a happy, mundane world from all of the horrors of the anomalous. Her federal agency is underfunded, understaffed, and misunderstood, and she’d rather transfer to the boring safety of Logistics than remain a field agent. When a troupe of international thieves make off with a pair of dragon eggs, Diane has no choice but to ally with a demon against the forces looking to leave her city a smoldering crater. Facing down rogue wizards, fiery elementals, and crazed gunmen, it’s a race against time to get the precious cargo back before the dragon wakes up and unleashes hell.
Grab your copy!
Amazon  |  Barnes & Noble  |  Goodreads

Peek between the pages
Modern times gave way to a general idea that reason and logic were enough to stop something from dragging you into the sewers and wearing your skin to protect itself from daylight. It’s easy to see why: it doesn’t happen to a lot of people, therefore it must not happen. I see it all the time, people who say things like “I’ve never seen a ghost, so they must not exist.”

Oh yeah? Because if spirits did exist, they’d all be tripping over themselves to haunt you? Do you understand the preternatural forces that conspire, the circumstances that line up, to create any kind of ghost? Let alone one that shows up in your room at night and moans about revenge or betrayal or rattles some chains and teaches you a valuable lesson about being selfish?

“Well, there’s no such thing as Bigfoot. All those pictures are super blurry and grainy,” they say, their voices nasally and snobby, like all the knowledge of the world is pumped directly into their tiny brains through their tiny phones. Go stand out in a remote Colorado forest one night. Turn off your phone, open your eyes and ears, and wait. When you feel those eyes watching, and when you know, deep in that primitive monkey brain, way, way down inside, that there’s more than just the animals you have names for sharing that clearing with you, then you can call me to tell me that there’s no such thing as Bigfoot.

That is, if you live to turn your phone back on again. 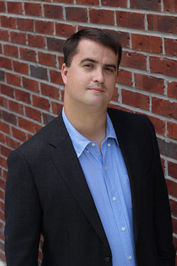 About the author: Robert Gainey is a born and raised Floridian, despite his best efforts. While enrolled at Florida State University and studying English (a language spoken on a small island near Europe), Robert began volunteering for the campus medical response team, opening up a great new passion in his life. Following graduation, he pursued further training through paramedic and firefighting programs, going on to become a full time professional firefighter in the State of Florida. He currently lives and works in Northeast Florida with his wife and dogs, who make sure he gets walked regularly. Robert writes near-fetched fantasy novels inspired by the madness and courage found in everyday events.