I'm thrilled to have Beth with me telling us a little about herself and her book SUPERSTAR.


Can you tell us what you're working on now?

Actually, I’ve started on a new 4 book series that sort of combines the romantic comedy in most of the romances I’ve written in the past with the mystery tales I’ve begun writing as J.B. Dane, adding a dash of the paranormal in them. My heroine is a witch, and my hero is a 173-year-old werewolf who looks like he’s in his mid to late 30s. But I recently finished a romantic suspense that has a music theme and, oddly enough, because I needed a recording company and a music icon in it, I plucked both from SUPERSTAR, which I have to admit is not only the longest novel I’ve ever written, but the one I reread a couple times a year because I start missing the hero, Paul Montgomery.


Paul must be hunky! 😊 So what is your favorite genre and why?

This is always a tough question to answer because I write in so many different genres and I read in all of them. However, mystery and historical novels are what you’ll find on my bookshelves in the living room. (The study has all the research books so it’s the non-fiction room where fiction gets written.) I’m one of those readers who stops reading the moment the sleuth realizes whodunnit, though hasn’t named them yet and mentally rewinds everything to see if I can puzzle it out with the same facts. I don’t always get it right, but that’s because the stories I like best tend to do the same thing I do when writing a mystery – throw a twist in at the end to surprise the reader. That can give you one of those slap-your-hand-against-your-forehead moments where you say, “Duh! Of course! It was right there all along!”


My favorite novels are the ones I couldn't guess the end but, like you, I do have fun trying! What do you do when you're not writing?

Reading either historical mysteries or books with heavy doses of comedy in them. Finished Sabrina Flynn’s latest Ravenwood Mystery the other night. I love the characters in this series and the historical detail Flynn works into each story really brings turn of the century (19th to 20th) San Francisco to life. It’s pre-1906 earthquake era and definitely not a tame place to live. Otherwise, I’m currently swimming in research about the American heiresses of the Gilded Age going off to Europe to snag paupered but titled husbands. You can’t keep a gal with a history degree away from research for long. Oddly enough, while SUPERSTAR follows my own “youthful” timeline, I still ended up doing all kinds of research when writing it.
I bet! Beth, thanks so much for taking the time to chat! And for sharing the excerpt! 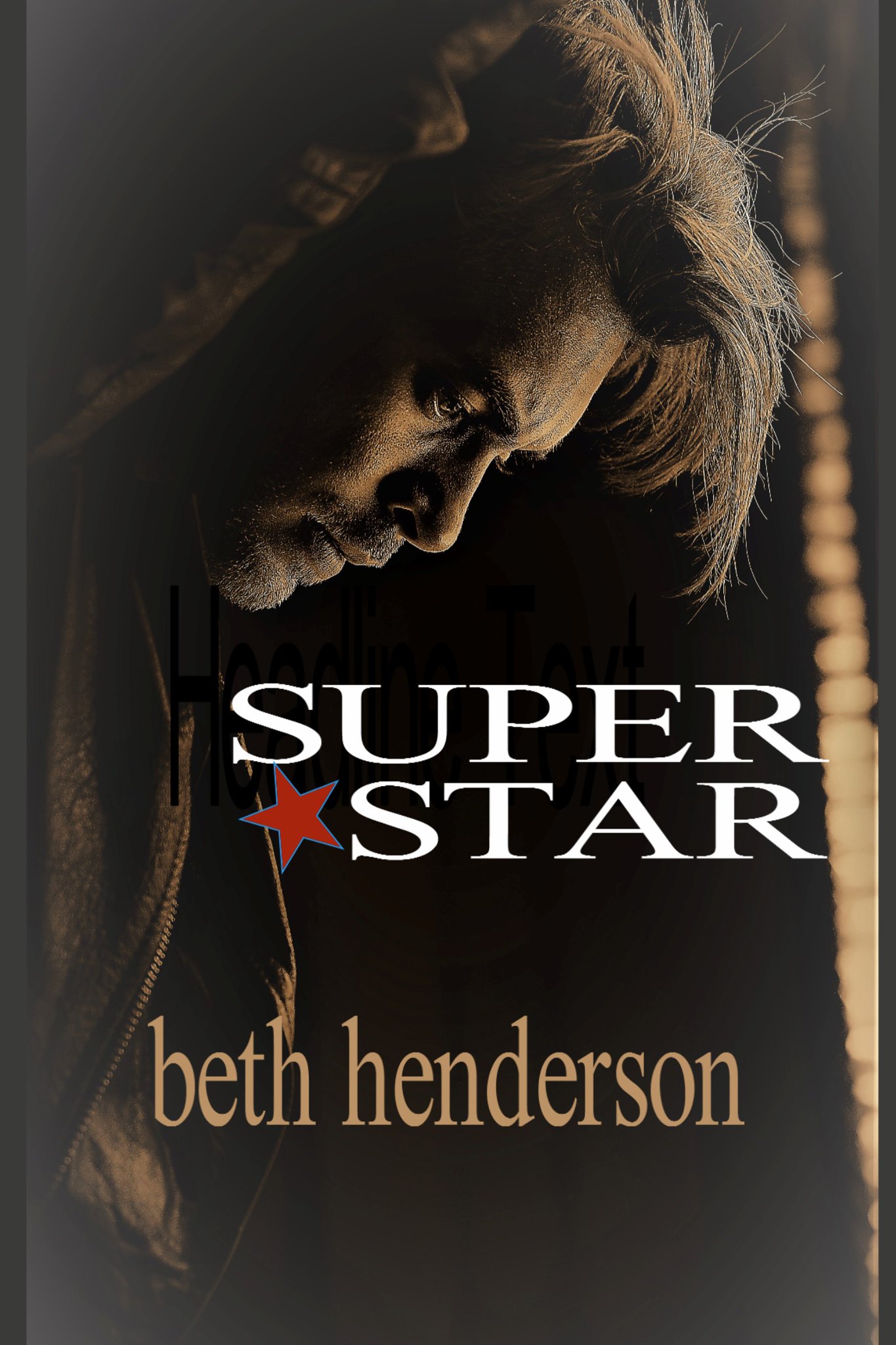 SUPERSTAR
Genre: Historical Romance
Sometimes love simply isn't enough.
Blurb:
Paul Montgomery’s dreams are of music, of writing it as well as performing. His journey takes him from covering Beatle songs for high school dances in the mid-1960s to being acclaimed for his diversity in the world of rock ‘n’ roll. Particularly for composing a library of love songs. With sold out concerts around the world, singles and albums that repeatedly go gold then platinum, and innovative music videos on MTV, he seems to lead a charmed life. At least, professionally. Along the way there is tragedy: the loss of a friend to the Viet Nam war, the attempt to save a fellow rocker from her drug addiction, but it is winning and losing the only woman he’s ever loved – twice – that is a never healing wound in his heart.
For Aurora Chambers, it is the world of fashion that beckons. A scholarship for a summer design program in London is a carrot even her love for Paul can’t best. Hurt by his seeming denigrating of her aspirations, she throws herself into the heart of Carnaby Street in 1967, and the arms of her instructor. When Rory binds her future to Trevor Harris’s, she soon regrets it. Her designs all carry Trevor’s name, not her own. Secretly, she follows Paul’s rise through the music trades, occasionally mourning the loss of what they had. When a second chance at happiness with him appears, she grabs it. And nearly destroys them both.
Read SUPERSTAR today: #Kindle getbook.at/SUPERSTAR
Excerpt:

Paul leaned against the wall, one knee bent, his foot against the gray-brown brick. The masonry felt cool against his sweat drenched back. He ran a hand through his damp hair, then finished his soda.

In a corner near the stage, three girls watched him from beneath lowered eyelids, twittering to each other, apparently unaware that their voices funneled out of the gym allowing him to hear every word they said.

Paul crumpled his empty cup and tossed it aside into a trash container: two points, a basket. He hoped the trio would lose their nerve and leave him in peace.

One girl was pushed forward from the huddle. Timid, she moved toward him, her friends a breath behind her. “Hi,” she said.

Paul straightened, giving them a half smile. He hoped they didn’t take it for encouragement. He was kinda old for them. They looked veritable infants, fourteen at the most.

“You guys are really gear,” the girl bubbled.

She turned to look over her shoulder at her friends for moral support. One poked her. The other frowned.

“Is there a song you girls would like to hear?” he asked, hoping he was leaving them with little option but to leave once the title was named.

The tap of high heels nearby distracted the girl. She glanced aside at the newcomer.

He did, too, and breathed a sigh of relief.

“Where’d everybody go?” Rory asked, her eyes on the group of younger girls.

He couldn’t help it. He grinned at her. She was the cavalry arriving in the nick of time. He noticed the trio of little girls taking in Aurora’s clinging, short outfit, her long straight hair. Hell, she was lovely. He took one of the Coke’s from her and slipped his arm around her waist. For protection, he told himself, not because he wanted to touch her.

The teens took the hint. “Could you play ‘I Wanna Hold Your Hand’?” one asked, covering for her friends.

The girls looked at each other a moment, then moved away, their heads already together as they whispered. This time, fortunately, he couldn’t hear what they were saying. Was that because their backs were to him now, or was it because he was overly aware of how well Rory fit against him, of how good she felt?

To distract himself, Paul sipped the fresh drink. “You have any requests, Red?” he asked, although he made no move to slip his arm from around her.

She studied the bubbles rising in her cup. “No,” she said, shaking her head slightly. The curtain of straight copper hair rippled with the movement, shimmering as the security lights outside the open door spilled over it. With her so close he was aware of her scent, of how it made the night air that much sweeter.

“Enjoying yourself?” he asked, wishing Bobbie would return. If she didn’t, he was going to take Aurora in his arms.

And hate himself afterwards for being so weak.

How could he not have watched her? Even with the spotlights blinding him most of the time, he’d seen how graceful she was, how fluid in her movements on the dance floor. He hadn’t been able to take his eyes off her and had hated every guy with whom she’d danced.

“You’re good,” he said. Oh, damn, he thought. Now her eyes were glowing, her lips curving as she smiled softly.

As if they were in the distance rather than mere feet away, he didn’t see the teenagers as they milled back toward the gym. Didn’t see the clustered chaperones. He was wondering what it would be like to kiss her, really kiss her.

“Time’s up,” Jim Gordon sang out. Rawlins and Simpson trailed behind him. Paul put two feet of space between himself and Rory Chambers. He hastily gulped the last of his Coke in relief and tossed the cup away. Thank God for the second troop of cavalry! They’d come to his rescue — a rescue far more necessary for his peace of mind — just in time. A moment more and there would have been no going back. He’d briefly tasted Aurora’s lips at Christmas and hadn’t been able to shake the hunger that had infected him since then. If they shared a longer kiss there would be no going back.

“Thanks, Red,” he said and turned to follow Gordon.

Her hand stopped him, burnt him. “There is a song you could do for me.”

“Sure,” he agreed and dashed back into the building, back to the safe hell of the stage. The words of her request were already running through his mind: if I fell in love with you... 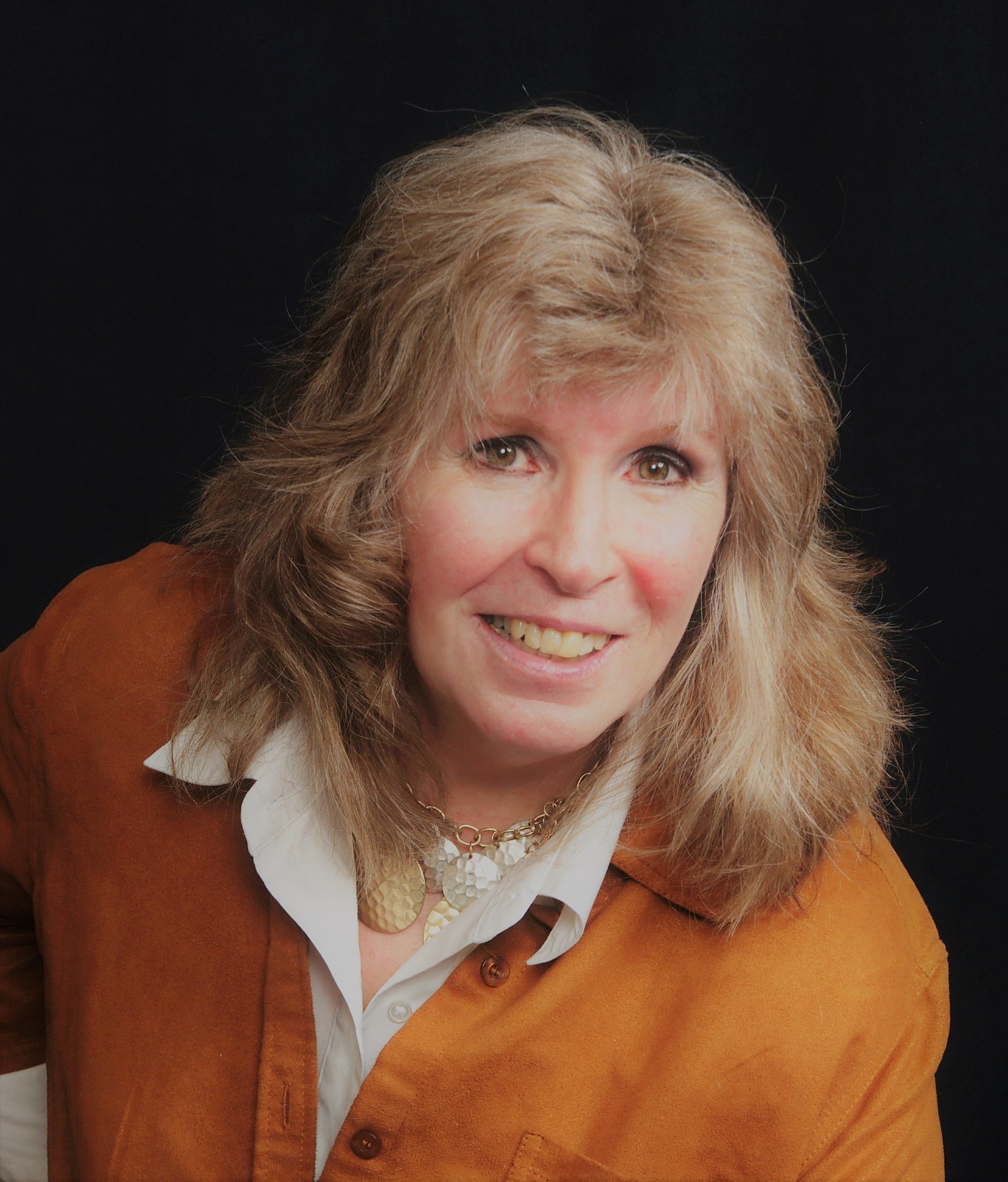 Beth Henderson is the author of 30+ novels under various pseudonyms. Although she sings slightly off-key, that was not a deterrent when she was inadvertently writing copy for the evening disc jockey on WONE in Dayton, Ohio when in high school. He read the various silly news features she wrote for The Society for the Prevention of Cruelty to Lunch Bags newsletter on the air. Nor when being quoted by her first husband when he was on the air at various other radio stations. She spent many an evening as “the girl who came with the band” on dates with a jazz musician and later married another of the same ilk. And yet, she can honestly say, not a one of them contributed to the creation of Paul Montgomery. He simply walked into her mind in the late 1980s and hung around until she figured out his whole story – which took decades. As a result, her “relationship” with Paul is far longer than any she had with boyfriend or spouse. A fact that bothers her not a jot.