Congrats to L.H. Nicole on her upcoming release of Claiming Excalibur, book two in the Legendary Saga. Be sure to check out the teaser and enter the giveaway at the end of this post. 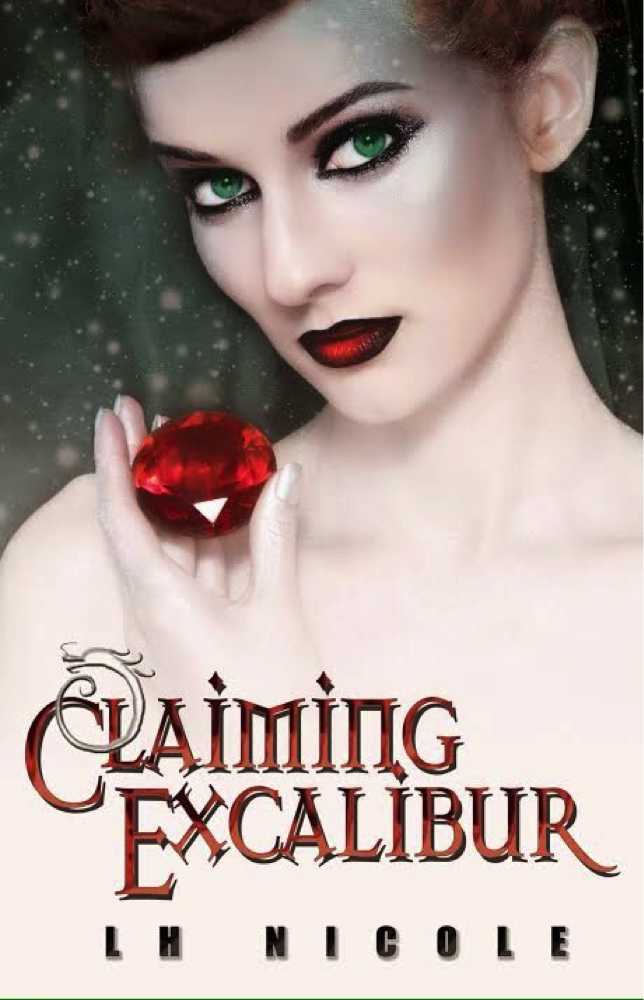 Aliana Fagan has done what many thought impossible: she’s awakened King Arthur from his fifteen-hundred-year sleep, reunited the Knights of the Round Table, and even beaten Mordrid and Morgana LeFay in battle.

But the Destined One’s quest has only begun.

Before the knights can "unearth and reclaim their lost relics" they must survive the trip to Charleston, South Carolina and meet the newest member of the Round Table. If King Arthur’s men thought Aliana and Lacy were tenacious, they'll be even more surprised by Dawn, the third member of the fem-trio.

Deadly secrets, unexpected allies, and a traitor lurking in the shadows await Aliana and the new Round Table as they continue their search for Excalibur. Their only clue is a beyond confusing poem from a mysterious book that speaks of a terrifying creature guarding the legendary sword. Trying to build a somewhat normal relationship with Sir Galahad adds a whole new level of complexity to Aliana’s task, especially when several among them suspect the White Knight may not be wholly himself. Her friendship with King Arthur grows closer, and when circumstances become intense, he may finally get the chance with Aliana that he’s been pining for.

Mysteries, legendary quests, and haunting memories will either unite the members of the New Round Table or fracture their bonds. Aliana and her crew only have seven months before the planets align and Mordrid can seize the power he needs to conquer the seven realms. Can the Destined One keep her new family together and lead Arthur to his destiny of saving the realms? Or will a centuries-old plot for revenge finally spell the king’s end? 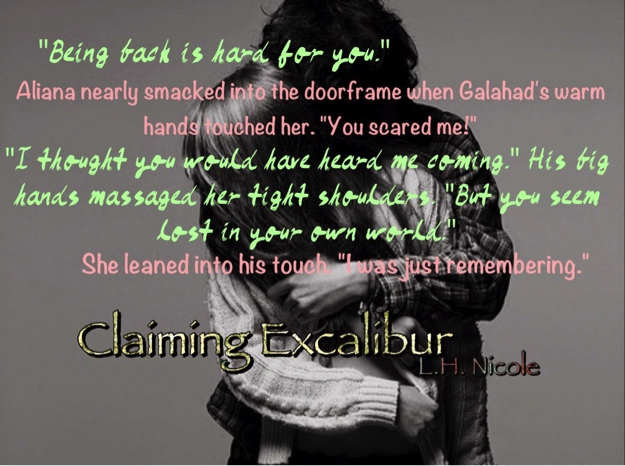 
“Being back is hard for you.” Aliana nearly smacked into the doorframe when Galahad placed his large hands on her tense shoulders.

“You scared me!” she said, placing her hand over her heart.

“I though you would have heard me coming.” His warm hands massaged her tight shoulders. “But you seem lost in another world.”

Leaning into his touch, she shook her head. “I was just thinking.”
Galahad sighed deeply, his hands squeezing her shoulders before turning her to face him. “I understand how you’re feeling right now. My parents were murdered when I was young.”

Aliana looked into his blue eyes, surprised. “You never told me that.”

“Sir Belvoir and his men found us just after it happened. He raised me as his own, trained me to be a knight.” His hand rubbed light circles on her back.

“I was just remembering how things used to be,” Aliana confessed, hoping that sharing some of her pain would help lessen it.

“Why were you looking through your father’s things before you came to London?”

Aliana turned in Galahad’s arms, leaning her back against his chest. She studied the office until she found her voice. “I was in New Orleans working on a photo commission several months ago. I was walking the French Quarter when I came to a fortuneteller’s stand. I took a few pictures, and she called me over. I thought she was going to be upset with me, but she sat me down at her table. ‘You feet mus’ be achin’ after running so hard, chère,’ she told me. ‘Folks thinkin’ the’ can run from de past and they ghosts never find peace’.”

Aliana laid her hands over Galahad’s, remembering the feel of the woman’s cracked, dry hand on top of hers and the smell of sweet tea on the woman’s breath. “I tried to ignore her, but she kept insisting that I needed to stop running and face what was haunting me. She said I’d never again know what a real life ‘filled with love, happiness, and adventure’ felt like until I faced my past. It took me another two weeks before I came home.”

Galahad hugged her tighter, his chin resting on her shoulder, silently supporting her. “When you returned home you discovered your adoption.”

"Do you regret it?" Galahad asked, a worried kind of seriousness in his eyes. 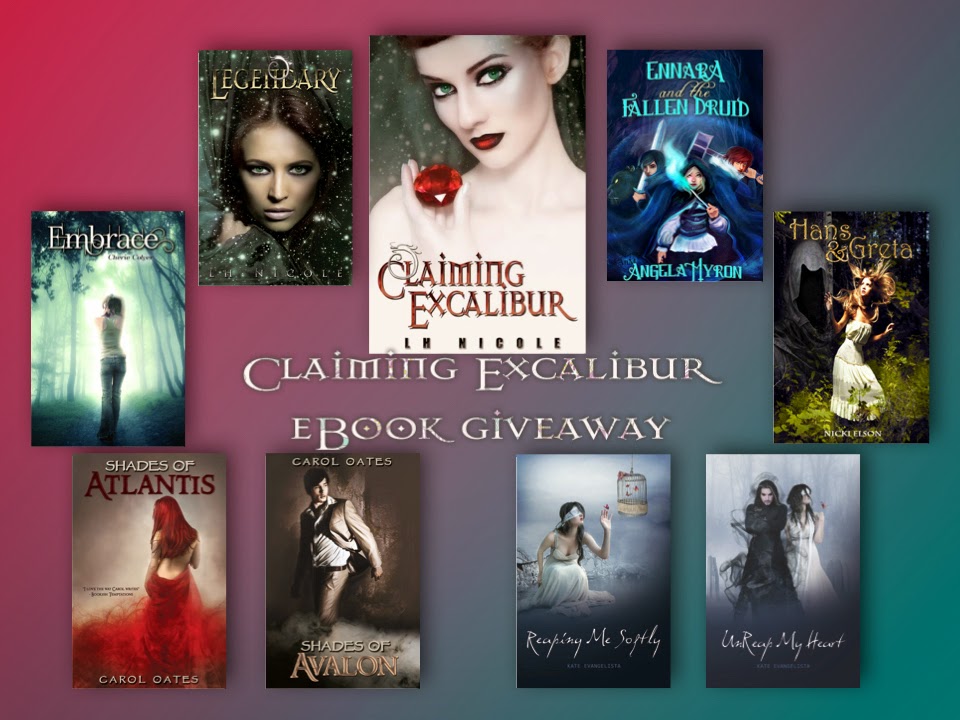 a Rafflecopter giveaway
Posted by Cherie Colyer at 5:00 AM