Book Review: MY KIND OF CRAZY by Katie O'Sullivan 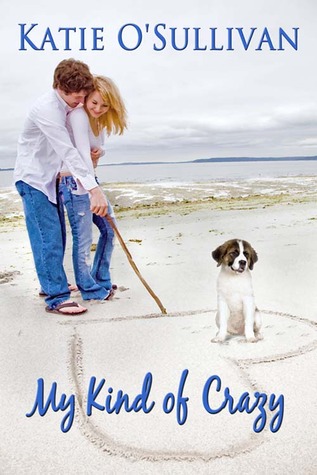 MY KIND OF CRAZY
by Katie O'Sullivan
Publisher: The Wild Rose Press

About the book (from Goodreads):

Kendall Roarke is betting everything on making her Harwichport Bed & Breakfast into the premier wedding destination on Cape Cod, despite her recent messy divorce.Jonathan Reynolds moved back to the Cape to take over his uncle's business and start fresh after his own marriage ended. He's not looking for anything complicated - until he meets Kendall, with her big plans and wild mop of curls.Throw an unruly foster puppy and an uptight new neighbor into the mix and things get a little crazy. Now Kendall has to decide if it's the kind of crazy that she can live with... for the rest of her life.

I'm a big fan of paranormal, as many of you know, but every now and then I like to take a break from the things that go bump in the night and curl up with a great romance. If it has an intriguing mystery built in, even better. My Kind of Crazy fits both categories and it didn't disappoint.

Kendall Roarke is a strong character who is determined to make it on her own. She's recently divorced in a small town where everyone knows everyone's business. Kendall doesn't let the fact that the town knows the whole story about her failed marriage. She embraces her new life and focuses on fixing up her Bed and Breakfast. She's not looking for romance, but finds herself drawn to the new vet in town. And who can blame her? Jon is tall, dark, and dreamy. I really enjoyed watching their romance unfold, and when outside forces sabotage Kendall's dreams, Jon was there for her, offering a shoulder to lean on yet still letting her be in charge. This is a great read, with well developed characters, and a swoon worthy romance.

Get your copy of MY KIND OF CRAZY on Amazon.
Add to your TBR list on Goodreads.

About the author:
Katie O’Sullivan lives with her family and big dogs next to the ocean on Cape Cod, drinking way too much coffee and inventing new excuses not to dust.

She writes YA and romantic suspense novels, as well as working as an editor and magazine columnist.

Her debut YA novel, SON OF A MERMAID, made a big splash in the summer of 2013. The next book in the series will be released in May 2014.