News: In preparation for the release of HOLD TIGHT (book two in the series), EMBRACE received a new look, and I think it's stunning. Don't get me wrong, I like the original cover. I thought the image of the girl looking at something just out of view reflected the mystery of what Madison Riley discovers in the book. Thing is, I wrote Embrace as a stand alone novel, but reader response was so great that I ended up writing a sequel and it does a wonderful job of capture the paranormal feel of the novel. I hope you like the new look as much as I do! 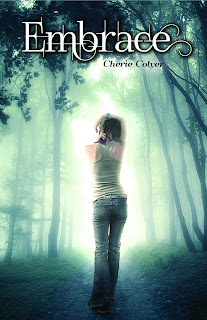 
Madison is familiar enough with change, and she hates everything about it. Change took her long-term boyfriend away from her. It caused one of her friends to suddenly hate her. It’s responsible for the death of a local along with a host of other mysterious happenings. But when Madison meets a hot new guy, she thinks her luck is about to improve.
Madison is instantly drawn to the handsome and intriguing Isaac Addington. She quickly realizes he’s a guy harboring a secret, but she’s willing to risk the unknown to be with him.

Her world really spins out of control, however, when her best friend becomes delusional, seeing things that aren’t there and desperately trying to escape their evil. When the doctors can’t find the answers, Madison seeks her own.
Nothing can prepare her for what she is about to discover.

Dangerous, intoxicating, and darkly romantic, Embrace is a thriller that will leave you spellbound.

Find out a little about how EMBRACE came to be by clicking here.

Posted by Cherie Colyer at 6:39 PM