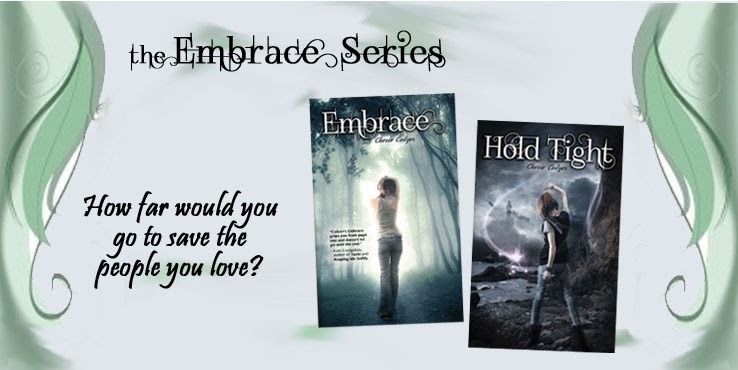 Before the first word in Embrace was written, I had done a lot of research on witchcraft and magic. As a fan of all things supernatural, I also researched angels, demons, faeries, vampires, werewolf... You get the idea. And while you won't find any vampires or werewolves in the books, the series isn't limited to witches. I added my own twist to what is known from both history and lore to come up with a unique world where there are those who possess the Powers and, as Madison Riley discovers, magic is not all fun and games.

In the series, there are two types of witches: the ones who call upon outside forces to give them powers and the natural witch whose powers lie dormant within them until they are awaken. One of the differences between the two types of witches is that natural witches are rarely evil and have the ability to recognize one another through simple touch. Their magic can be tasted and felt.

Test your powers with a simple spell.
Items needed: athame (ceremonial dagger or knife), chalice, plate, small white candles, water, salt, belief in yourself.
Preparation: Arrange in a circle around you. Set the plate on the ground in front of you and place the chalice to its right. Pour a generous amount of salt on the plate and place the athame on the plate and a candle the middle of the salt.
Believe in yourself: Reach for your strongest, most positive memory—one that will allow you to use positive emotions to fuel your magic. Concentrate on the candle in front of you, willing a flame to burn brightly. As you will it, so mote it be, if you possess the Powers.