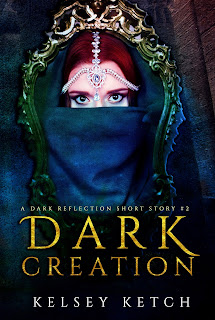 Long before Charissa began her murderous rampage through history, she was a young woman living in ancient Alexandria.

Oppressed by society and cursed by the color of her hair, Charissa had hardly seen the world beyond the four walls of her home. So, when her husband leaves for extended military duty, she takes the opportunity to tour the city her brother once loved. Little does she know the Fates have other plans in store for her when she runs into an exotic woman in the Rhakotis District. The encounter will change her life forever.

Though I enjoyed the movie Stargate when I was younger, I didn’t get into studying ancient Egypt until I was in graduate school. There are a few reasons for this. The main one being that I got scared when my seventh grade English teacher had us read a portion of The Mummy screen play. It was the part when Imhotep came to life and ended right when the group discovered the first victim with his eyes missing. I know they were just words on a page (no pictures or images), but my imagination ran away with me. After which, I refused to see the movie or even go near the mummies at the local museum.

Then, while in college, I took a Shakespeare course, and one of the plays we studied was, of course, Cleopatra. I wasn’t exactly thrilled about it. But during one of our class discussions, our professor introduced us to the myth of Isis and Osiris. She told us how Osiris was once considered the ruler of all Egypt, and Set, his brother, laid out a plan to kill him and rule in his place. Set obtained the exact measurements of Osiris’s body and carved a beautiful box that would only fix to his exact size. Then, using his charm and deception, Set tricked Osiris inside the box and slammed the lid shut, locking Osiris inside to die. Later, Set returned, dismembered the body into fourteen pieces, and scattered them across the desert.

Isis and Nephthys set out to look for the pieces, gathered each one, and carefully wrapped Osiris in strips of cloth (representing mummification). Afterward, Isis crafted a magical serpent out of dust and Ra’s spittle and placed it in the sun god’s path. The serpent bit him, and when his magic would not cure the poison, he called upon Isis. Isis told him she could only heal him if she knew his secret name. A large request, considering a god’s true name gives the other person their power—in this case, the power of creation. As the pain spread, Ra finally submitted. He gave her his name in secret, and after healing Ra, Isis returned to her dead husband’s side. She then used the power of Ra to breathe life back into Osiris’s body.

That story was nothing like want I learned before. It was beautiful, intriguing, and despite my fears, it stuck with me for years after. Then, the idea of Daughter of Isis started to kindle, and I took the final leap. I bought documentaries and books, trying to learn about ancient Egyptian mythology, culture, daily life, and afterlife. Later, I even faced my fear and watched The Mummy, which is now one of my favorite movies. And the scene that scared me in the screen play wasn’t as bad as I thought it would be. It just goes to show the power the imagination holds.

Giveaway!
5 Winners will receive an e-copy of Dark Reflections by Kelsey Ketch! 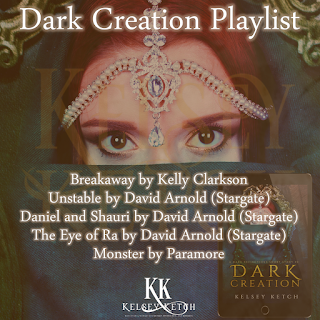 Kelsey Ketch is a young-adult/new-adult author, who works as a Wildlife Biologist in the state of North Carolina. During her free time, she can often be found working on her latest work in progress. She also enjoys history, mythology, traveling, and reading.

For more information, please visit her site at kelseyketch.com.